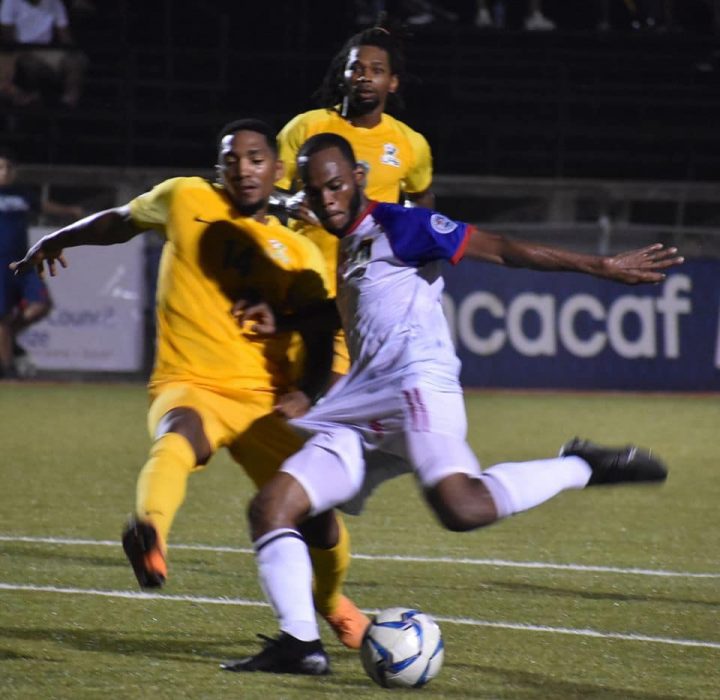 By Rubén Morales Iglesias: Despite the COVID-19 restrictions, the Government of Belize gave the Football Federation of Belize (FFB) permission for the Belize Men’s National Team to train in a bubble in preparation for the World Cup qualifiers.

Like everyone else, footballers are tired of the pandemic and want life to return to normal. And while that will still take a while, they want the Government to at least allow them to play competitive football, not to speak about athletes of other sports who want the same thing as well.

Football in the neighbouring countries has already restarted, albeit under COVID-19 guidelines. So, Belizean footballers want the same.

And the training the BMNT players have undergone for the last month and the anticipation of the World Cup qualifiers has only made that desire greater.

Deon McCaulay, the new captain of the BMNT, could not help but send an indirect message to the Government of Belize in his talk at the FFB press conference to present the players who had been selected to the BMNT.

“Thanks to the Government for letting football play,” McCaulay said, in reference to GOB allowing them to prepare for the WC qualifiers. “I hope things change in the future and we can get on the field and start our league back. And get the guys that are at home back on the field.”

Minister of Sports Kevin Bernard said he was aware and thanked the FFB and the players for their cooperation.

“I know that a lot of work has been taking place over the few weeks at the training at the camp and I want to thank you for your cooperation and your participation,” Bernard said apologetically since the Government had denied the FFB a request for the March 30 game against Turks and Caicos to be to be played in Belmopan.

“We know that we would have loved to do things differently but due to the current pandemic, we had to make some adjustments,” minister Bernard explained. “So, to the organizers, to the president and all the committee members of FFB thank you for cooperating with the Ministry’s request as well.”

And while they are cooperating, footballers want to get back on the field.

It’s been hard to just train individually. BMNT head coach Dale Pelayo said that despite the national team players training on their own since mid-October, they were in bad technical and tactical shape when they went into camp on February 22. That shows how much inactivity can hurt performance.

“The players when they came into on the 22nd of February, they were excited,” Pelayo said. “Football had not been played in Belize for almost a year. And from day one, the commitment and sacrifice of our players and coaching staff was to get our players to the highest level going into these World Cup qualifiers.”

Unfortunately, because of the restrictions they have not been able to play any preparation matches, not even local ones. One of the reasons footballers want the ball to roll.

The Government of Belize is not alone, however, in not allowing the resumption of contact sports. In the Concacf World Cup qualifiers alone, 12 countries are playing the home games away from home on ‘neutral’ ground this month.