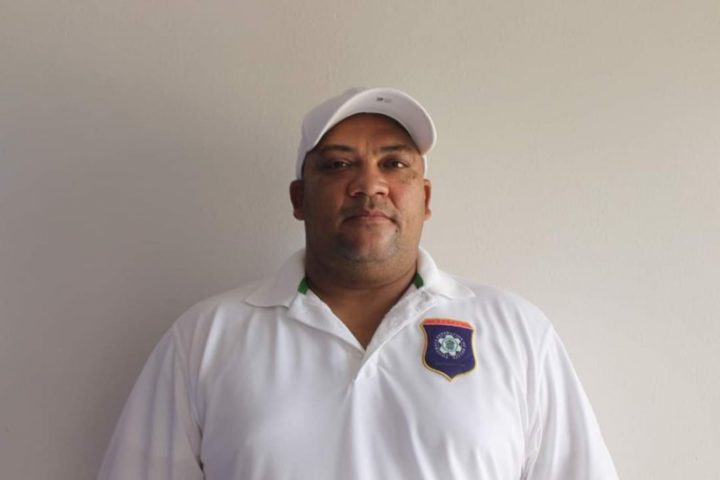 By Rubén Morales Iglesias: “The safety of my players and coaching staff comes first before even going on the field,” said Belize’s Men’s National Team(BMNT) coach Dale Pelayo in an exclusive interview with Breaking Belize News from Port au Prince, capital of Haiti.

The BMNT was held at gunpoint this morning on a garbage-laden downhill broken road in Port au Prince by about 50 armed men on motorcycles.

“While we were on the road we met a fire engine turned crossway on the road, it was turning. Eventually, we were …I would say almost 50 cycles with personnel on them approached the bus and stopped the bus, stopped the officers who were in front of the bus escorting us on cycle,” Pelayo said. “There were two officers on motorcycles in the front and two cycles in the back. They were stopped and pulled over. They stopped the bus and the guns were pointed on the officers and on the bus itself, on the driver of specifically, and he was told to turn around. It was kind of a little bit scary to see people pointing guns at the officers and, in my view, ‘cause I was seating in the front seat of the bus, you know. There were people with the guns dressed in officers’ clothes which was quite scary. It seems they were police because they had police uniforms just like the ones escorting us.”

Pelayo said that fortunately nobody was hurt. Apparently, the motorcylists were stopping anyone from entering that area of Port au Prince. The coach said the fire engine reportedly had arrived to turn out fires caused by burning tires, but it was turned back, and the firefighters not allowed to do their job.

“Nobody got on the bus, the bus was kept locked,” Pelayo recounted. “It was only the driver who opened his window, and they pointed the gun at him and at the escort that was up front. The driver reacted as quick as possible to reverse the bus and turn around and take another route.”

“It is fortunate that everyone is safe, but no one knows what could have happened,” he added. “We didn’t have any communication with the escorts. After we reached the hotel, everyone just wanted to come inside and lock down. One of the officers (then) mentioned that there are police officers among the rioters that are carrying on these riots.”

The situation has taken its toll on the entire team. According to Pelayo they are all traumatized and for now, a number of players have said they want to leave Haiti.

“Nobody was hurt and for that we are thankful,” Pelayo said. “It’s just scary. Some of the players just want to go back home. They don’t want to play the game.”

Pelayo said that the team had scheduled COVID-19 tests for tomorrow morning and would have their first training in the afternoon but now everything is hanging in the air.

He said they have sent all the details of this morning’s incident to the FFB along with video evidence of what transpired.

The FFB’s Marlon Kuylen said earlier today that the FFB had made a verbal complaint to both FIFA and Concacaf and that they would follow up with an official written complaint later.

“In my view, I don’t think it is safe because we don’t know what can happen after what we saw,” Pelayo said. “When you look at the circumstance this morning and there were officers among those who stopped the bus in police uniforms marked POLICE, it makes us wonder whether or not we can be set up even by the officers who are escorting us. The situation is just ridiculous at this moment.”

Coach Pelayo reiterated that they do not want to put the team on the line.

“I don’t want to put my team, my players, and coaching staff in any situation because we want to play the game. My players have indicated that they don’t feel safe. I, as the coach, don’t feel safe to even leave the hotel and go to training camp and if we cannot train for the next three days, I don’t see it possible to go and play the game.”

Pelayo said that only one person representing the Haiti Football Federation met the BMNT at the Port au Prince airport. That person led them to the bus and that was it. Another person showed up about an hour after they got to the hotel saying he was the chaperone, but other than that, he said that they had not had any other contact with the host federation.

A video reportedly recorded by one of the team members and circulated on social media shows a crowd of motorcyclists moving down-hill away from the team bus and a player can be heard saying in a shocked tone: “We just get held at gun-point.” Another is heard saying “Deh hold up the police.”

“I want to thank our people back home who are concerned,” Pelayo said. “We are seeing the concern on social media. We want to thank the Belizean public for that support. As the coach I want my people to know that the safety of my players and coaching staff comes first.”

The Belize Jaguars should play their first game in the FIFA World Cup Qatar 2022 qualifiers against Haiti at the Stade Sylvio Cator in Port au Prince at 3:00 p.m. Belize time on Thursday, March 25.

They are then to fly to the Dominican Republic on Friday for the second game on Tuesday, March 30 against Turks and Caicos Islands at the Estadio Panamericano in Santo Domingo at 3:00 p.m. as well.