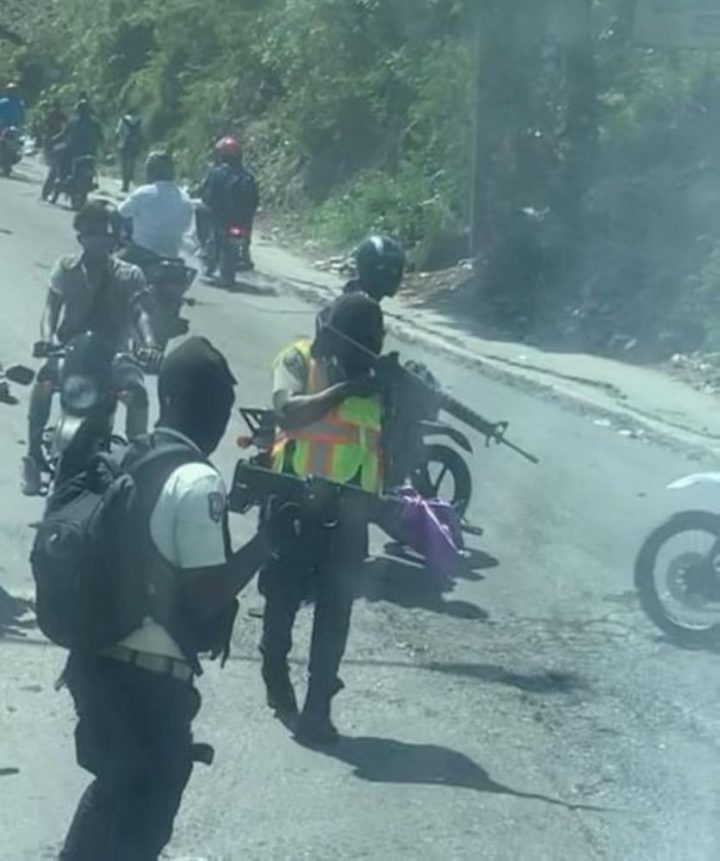 By Rubén Morales Iglesias: The Football Federation of Belize (FFB) said this evening that it is in contact with FIFA and Concacaf and is doing everything in its power to move the Belize Men’s National Team to “safer grounds.”

The BMNT was held at gunpoint this morning on a garbage-laden downhill broken road in Port au Prince by about 50 armed men on motorcycles as they arrived there to play their first game in the 2022 World Cup qualifiers.

“While we were on the road …I would say almost 50 cycles with personnel on them approached the bus and stopped the bus, stopped the officers who were in front of the bus escorting us on cycle,” BMNT coach Dale Pelayo said. “There were two officers on motorcycles in the front and two cycles in the back. They were stopped and pulled over. They stopped the bus and the guns were pointed on the officers and on the bus itself, on the driver of specifically, and he was told to turn around. It was kind of a little bit scary to see people pointing guns at the officers and, in my view, ‘cause I was seating in the front seat of the bus, you know. There were people with the guns dressed in officers’ clothes which was quite scary. It seems they were police because they had police uniforms just like the ones escorting us.”

Pelayo said they are now at their hotel but do not feel safe.

The FFB issued a release this afternoon that reads:

“The Football Federation of Belize takes this time to express its disappointment and disgust at an unfortunate incident faced by the Jaguars as the team was headed from the airport to the hotel this morning in Haiti. Despite the four-man police escort, the team bus was stopped by an uproar of insurgents with assault rifles on motorcycles and police escorts were forced to negotiate with them for the team bus to continue its journey to the hotel. The situation is one that the team should have never faced but we are pleased to report that our Jaguars, although shaken by the terrible experience, are safely at their hotel.

We take this opportunity to thank the Jaguars for their bravery and inform their families that the safety of our team is our top priority. We are currently in contact with respective authorities from FIFA and Concacaf and are doing everything possible to get them to safer grounds. It is unfortunate that our Jaguars faced such a traumatic experience.

Team Co-Captain Deon McCauley shared with the team “I am happy everyone is safe and I commend you guys for being brave. It was a moment of intense fear. Let’s continue to stick together and please make the best decisions when it comes to the team.”

The Belize Jaguars are playing against Haiti in the FIFA World Cup Qatar 2022 qualifiers at the Stade Sylvio Cator in Port au Prince at 3:00 p.m. Belize time on Thursday, March 25.

They then fly to the Dominican Republic on Friday for the second game on Tuesday, March 30 against Turks and Caicos Islands at the Estadio Panamericano in Santo Domingo at 3:00 p.m. as well.