FIFA reviewing situation, decision will be made today on Belize-Haiti match on Thursday 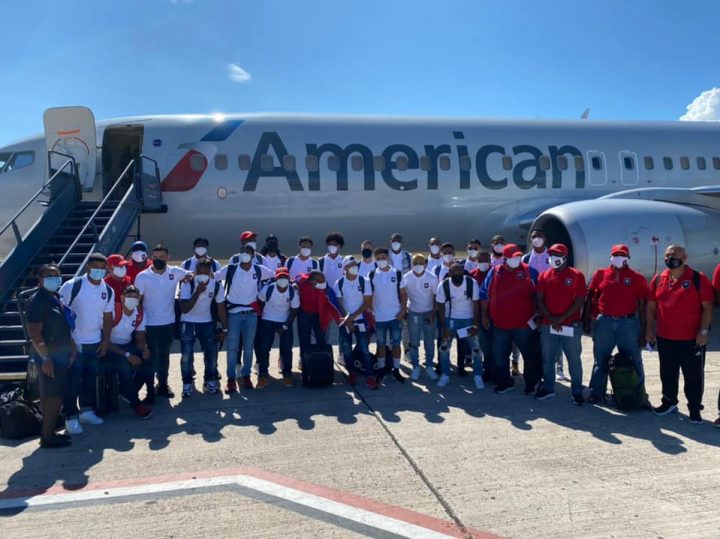 By Rubén Morales Iglesias: Marlon Kuylen, Football Federation of Belize (FFB) Executive member in charge of the Senior Belize Men’s National Team (BMNT), said that the FIFA match commissioner who is also a security officer is meeting with relevant authorities in Haiti and will make a decision, hopefully, by the end of the today, whether to go ahead with the Belize-Haiti World Cup qualifier on Thursday.

“We can only wait and see,” Kuylen said. “If the decision comes and FIFA feels that we can play the match, the responsibility is on them, of course, but they will be assured that security will be sufficient, that there won’t be any problems if they allow the match to happen.”

“He will not leave any stone unturned. I know him well,” Kuylen said. “He is very professional and very experienced. So, I know he will make an informed decision whether it’s to play or not to.”

All this concern comes on the heels of yesterday’s incident in Haiti where about 50 men on motorcycles armed with assault rifles stopped the BMNT bus on their way from the Port au Prince airport to the team hotel. The FFB said that the police escorts had to negotiate with the armed men to allow the team to proceed. They were, but had to take a different route. The team, players and coaching staff, was rather shaken and many wanted to leave Haiti immediately.

The FFB filed an official complaint with FIFA and Concacaf.

The BMNT was to have taken COVID-19 tests this morning and trained this afternoon, but that was put on hold as they waited to meet with the match commissioner. They did conduct a light training session at the hotel this morning.

The team was in better spirits today but were still very concerned.

“Yes, as you can imagine they are still traumatized,” Kuylen said. “The mood is a bit lighter though and, like us, they are waiting to see what the decision will be.”

Kuylen said for the FFB, their main concern was the safety of the BMNT.

“Nothing has changed in the sense that we are very concerned about our people,” Kuylen explained. “We have our fingers on the button that whenever they say, if they say, you can leave that we just leave. But it’s not, unfortunately, in our hands.”

At least they’ve been getting an outpouring of support from Belizeans fans, but also from the Haitian Football Federation and the Belize Government.

“The Haitian Federation members visited the delegation yesterday to calm their … you know, to show their solidarity and support, as well as the (Haitian) Minister of Sports,” Kuylen said.

Here at home, the Government of Belize extended their hand as well.

“We had contact from Foreign Affairs and from the Ministry of Sports,” Kuylen said.

To our question if anyone from GOB had made contact with the Haitian Government, Kuylen said: “Well, I don’t know if they can approach the Haitian Government because that is the crux of the matter right now because the president has no mandate.  All these riots and revolts are being caused by the lack, for lack of a better word, of government there but they are concerned and have said that in any way possible where they can assist, they will.”

Should the match be canceled or postponed, the BMNT will take the first flight available out and will travel to the Dominican Republic where Belize will play Turks and Caicos Islands next Tuesday, March 30.

If the game is played on Thursday, they will fly to Santo Domingo on early Friday.