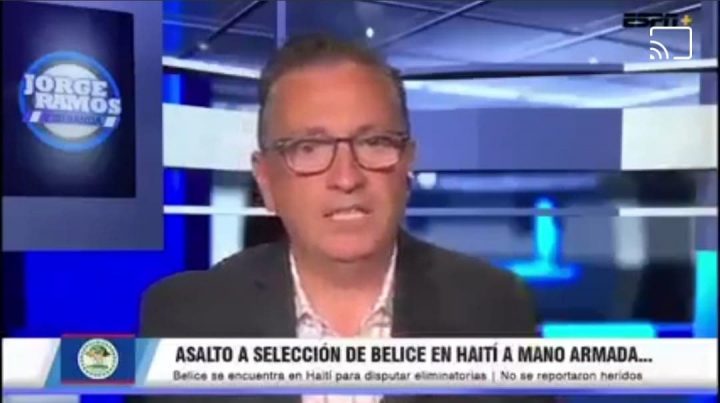 Pereyra, an Argentine journalist who lives football with passion, seemed extremely annoyed, on Tuesday, when he made the following discourse on ESPN’s Spanish service:

Of course, it’s just Belize. Who cares about Belize?

If it were Brazil, the match would already have been suspended. If it were Mexico, the United States, Argentina, Spain, Germany, the game would not be played. They would already have another venue. And maybe they would even have suspended the local federation. I’m not saying suspend Haiti, but yes, change the venue of the game. The game cannot be played on Thursday on Haitian territory.

Concacaf must talk. Not shut up as in the case of St. Lucia that suddenly said ‘We will not play the qualifiers.’

FIFA has to talk, not as in then case of St Lucia. They also did not issue a press release and just took them out of the schedule. No one knows why St. Lucia will not play the World Cup qualifiers.

Dead Silence. Dead silence.  And we must look the other way.