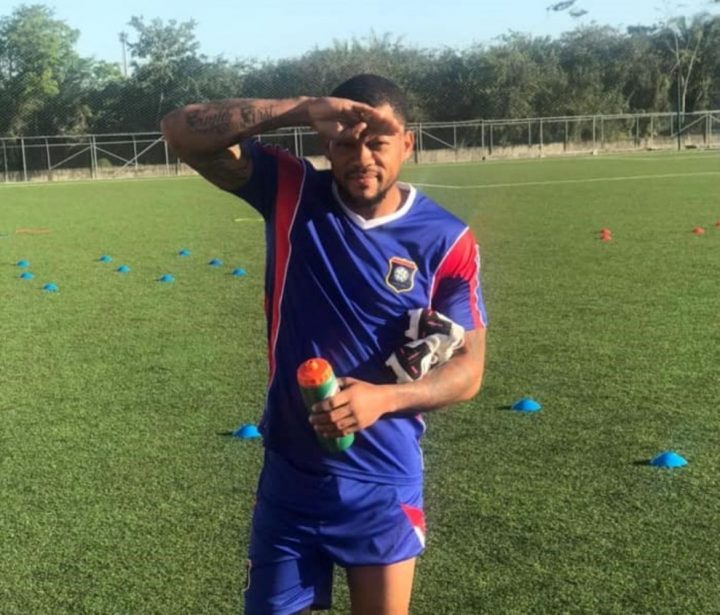 By Aaron Humes: Defender for the Belize National Football Team, Ian Gaynair, says the team is still waiting on a decision by FIFA and CONCACAF on whether to continue their match with Haiti, scheduled for Thursday, March 25.

In a call-in to LOVE FM Tuesday morning, Gaynair told host Armin Arana that the team has calmed down from its fright on Monday morning and enjoyed a training session at the team hotel.

However, they want assurances that they will be protected going to and from the stadium and if not, that it will be postponed and played on neutral grounds.

Gaynair observed that in Monday’s incident, police escorting the team from the airport were forced to turn back by armed men. They also ordered the players inside the bus not to record the incident.

The Belmopan Bandits player says it is the first time he has seen something like this and it makes him grateful that Belize is by contrast relatively peaceful.

Gaynair says the team is keeping up its spirits after being in a training bubble for a month and are prepared to play if it is deemed safe. He also shared the thanks of the team to Belizeans who have kept the team in their thoughts and prayers.

Assuming Thursday’s match is played, the boys will stay on for their “home” game in the Dominican Republic against Turks and Caicos Islands next week.

The matches are part of the qualification for the 2022 FIFA World Cup in Qatar.