Autism Belize: “Lockdowns were tough, but parents of special needs children will have a hard time readjusting when classes reopen” 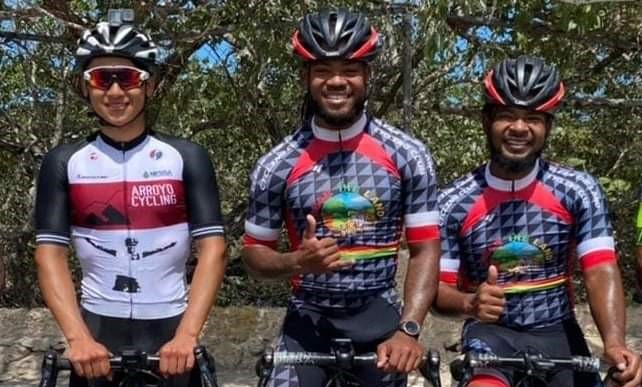 By Rubén Morales Iglesias: The three Belizean cyclists traveling to Panama for an international stage race, who got stranded in Guatemala because of the eruption of the Pacaya volcano, made it to Panama this morning just before six.

According to Hao Cheng Lee, the trio comprised of Henry Li and brothers Wasani and Jafari Castro are already on the road racing in the first stage which started at 2:00 p.m.

Li and the Castros are competing in the Clásica RPC Radio Panama stage race which started today Thursday, March 25, and finishes on Sunday, March 28.

The second stage set for tomorrow Friday is the 21 km Amador Labyrinth.

The final stage is set for Sunday, the Metro Park – Pope Francis Grand Prix consisting of 82.5 km, 25 laps on a 3.3 km circuit.

Here in Belize, we can catch parts of the trace when Henry Jason Li streams live on Facebook right from the middle of the race.

Cheng Lee, brother of Henry Li, who normally helps the cyclists, said that they are trying to form a new team and that they are preparing to ride races in the United States in the summer.

Right now they are looking for sponsors.

While they were delayed in Guatemala, the cyclists started a fundraiser to provide a scholarship to a high school student in Belize City and Henry continued his online classes at Memorial University in Canada.

Cheng Lee said they are selling their past junior team socks for $15 each pair. If you’re interested you can get in touch with @henryyy_rep501, @official_jyven, @jahfman and Wasani Castro on Facebook and Instagram. The socks are located in OW at L&A Bike shop but you can message any of the riders to get your pair.