Guatemala, St. Kitts win in Day One of the Concacaf World Cup qualifiers

Canadian father jailed in complex legal battle over his right of approval in life-altering transition of transgender, minor child 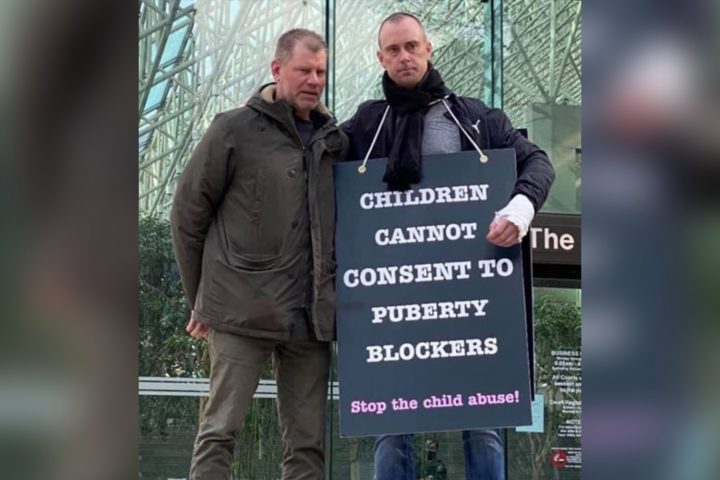 By Aaron Humes: A Canadian father has been jailed on contempt of court charges after referring to his transgender child by her original gender publicly despite a court order forbidding him from doing so.

For ease of reference and to respect the publication ban reportedly ordered by the British Columbia (BC) Court of Appeal, we will refer to the father as ‘Ronald’ and the child by a pseudonym used in our sources for this story, ‘Maxine’.

According to Russia Today (RT) and other media sources, Ronald was arrested last Tuesday by order of the Attorney General of British Columbia, and was denied bail by the Vancouver Supreme Court on Friday and will remain in the North Fraser remand prison until his case is heard on April 12.

The denial of bail puts Ronald between a rock and a hard place. One of the things he was reportedly admonished for by the judge was failing to take down a crowdfunding page, on which he explains his situation – in apparent breach of the gag order – and asks for donations to cover legal fees. He had been instructed to comply by April 12, when proceedings on his contempt of court case are scheduled to begin, but says he cannot do it from jail.

Ronald and Maxine’s mother share custody of the child, but they are separated.

Ronald fought, but ultimately lost, a lengthy battle defending his right to have a say in whether life-changing hormone therapy may be offered to a minor without parental consent.

Maxine was struggling to find her place in life including her gender identity, according to RT, and was recommended for the transition by her school counselor at the age of 12. At 14, Maxine was identifying as male and with her mother’s support, was eager to start hormone therapy. However, Ronald objected, reasoning that Maxine should at least be older in order to make an informed decision about this literally life-altering procedure. He was also concerned about potential health complications from hormonal treatment, including an elevated risk of heart disease, stroke, or diabetes, and even infertility, all of which were outlined in the consent form he refused to sign.

Nonetheless, the treatments proceeded and Ronald sued Maxine’s mother in British Columbia courts. The gender clinic at BC Children’s Hospital, based on the Infants Act argues that Maxine should be the ultimate arbiter on the matter. The law says a “mature minor” may give consent to receiving healthcare. Critics of the bill say “the law allows ideologically driven trans activists to lean on confused children and convince them into making a transition that would not necessarily be beneficial to them while barring their legal guardians from having a say on the issue,” according to RT.

The courts have consistently ruled for the hospital and restricted Ronald in how he could refer to his child, with one judge suggesting that it was “family violence” to refer to Maxine publicly by her original gender and claiming “her DNA will not change through all these experiments that they do,” though this was overruled by the higher court in its judgment.

According to the New York Post, judges deciding the case in January wrote that Ronald’s rejection of Maxine’s new identity has caused the minor “significant pain” that has “resulted in a rupture of what both parties refer to as an otherwise loving parent-child relationship… This rupture is not in [Maxine’s] best interests… [Maxine] clearly wants and needs acceptance and support from [Ronald].”

Far-right website Breitbart claims that according to Ronald, he had previously discovered that Maxine’s school had been showing sexual and gender identity education materials known as “SOGI 123,” which the report referred to as transgender “propaganda videos.”

By the 7th grade, the school had changed Maxine’s name in the yearbook without telling her parents, and “socially transitioned” her with the input of gender ideologue psychologist Wallace Wong, who advised the pubescent child to take testosterone.

Ronald described the situation as “a delusion” and warned that, as happens with many teens, it will be difficult for Maxine to go back to being a girl and want to have children and a family, if desired. He says he wants to be able to tell Maxine that he did all he could to help the situation.