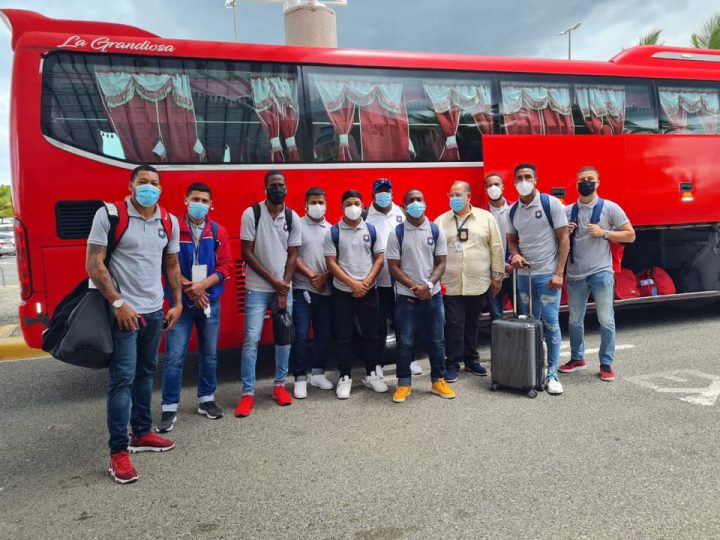 By Rubén Morales Iglesias: The first of three groups should already be in the Dominican Republic where Belize will play its “home” against the Turks and Caicos Islands in the Qatar World Cup qualifiers on Tuesday.

Belize and 11 other national teams in Concacaf are playing home games on neutral turf due to COVID-19 restrictions in their countries.

Following Thursday’s game against Haiti, in which Belize lost 2-0, and after the traumatizing experience with the armed holdup on their arrival, the Belize Men’s National Team is flying out to Santo Domingo in three different flights.

Coach Dale Pelayo said that the FFB could not get one single flight for the entire team.

He said assistant coach Marvin Ottley flew out at 11:00 this morning with nine players.

He, Pelayo, will take the second flight this evening at 3:00 along with the remaining 12 players.

The other six members of the technical staff will be the last group to leave on Saturday morning.

Pelayo said the BMNT will do their first training session in Santo Domingo on Saturday afternoon.

The Belize Jaguars play their second game in the 2022 World Cup qualifiers on Tuesday at 3:00 pm at the Estadio Panamericano in San Cristóbal just outside Santo Domingo.

After this month’s games, the WC qualifiers resume in June. Belize was to play two games then, against Nicaragua away and against St Lucia here, but St Lucia withdrew, though neither FIFA nor Concacaf made any announcement on the matter. That means that after Tuesday, Belize will only have the away game against Nicaragua.