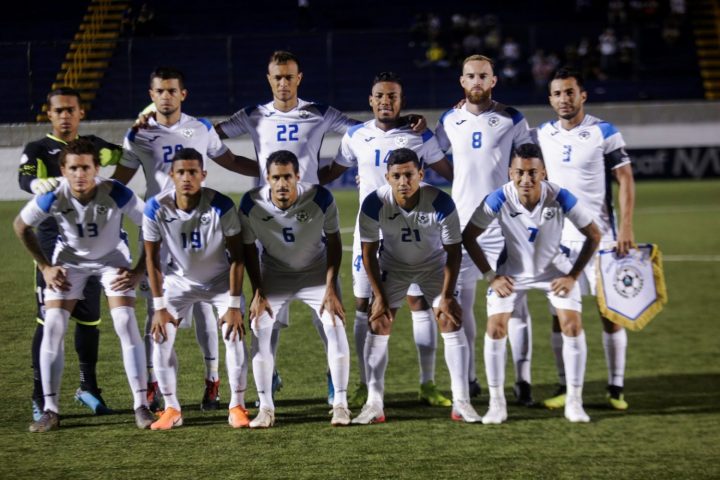 By Ruben Morales Iglesias: Belize’s next two rivals, Turks and Caicos Islands and Nicaragua, clash today at 2:30 in the Dominican Republic.

Just like Belize, due to the pandemic, Turks and Caicos are playing their home game in the Dominican Republic at the same Estadio Panamericano in San Cristóbal.

Both are playing their first games of the tournament. Concacaf.com said veteran forward Billy Forbes is TCI’s main man while Nicaragua are dependent on the experience of Real Esteli’s Juan Barrera and Carlos Chavarria.

The Belize side will certainly be following this match as our next rival is TCI on Tuesday. Belize will play Nicaragua in June.

Nicaragua should have played St Lucia on Wednesday, but with the Caribbean team’s withdrawal, only Belize and Haiti have played so far in group E.

Group D’s match between Anguilla and the Dominican Republic at Lockhart Stadium in Fort Lauderdale, Florida is on at 4 p.m.

According to Concacaf.com, Anguilla Head Coach Stern John is mixing the experience of older players like goalkeeper Ryan Liddie and midfielder Kapli Battice with younger players, including 16-year-old defender Bakari Battice. The Dominican Republic who won their opener 1-0 victory over Dominica will look for Fran Nunez to score again.

Coming off a 1-0 win over Cuba on a Luis Martínez goal, Guatemala will face the British Virgin Islands at the Ergilio Hato Stadium in Willemstad, Curacao in Group C at four as well. The BVI, who like Belize are playing their home game away, have not yet won a World Cup qualification match and are depending on a rather young team led by 18-year-old forward Tyler Forbes against a much more experienced side.

The US Virgin Islands, for their part, will host Antigua and Barbuda at 5 p.m. in Group A.  A&B, known as the Benna Boys, drew 2-2 with Montserrat in their first game. Eugene Kirwan and D’Andre Bishop will be hoping to score against a much weaker side.

Also at five, Lesly St. Fleur and Happy Hall will lead the Bahamas in their first game of the WC qualifiers at home in Nassau against Saint Kitts and Nevis.  Playing in Group F, the Sugar Boyz are coming off a 1-0 win over Puerto Rico on a Vinceroy Nelson goal.

The last game of the Day 3 in the Concacaf WC qualifiers plays at six, Aruba against Suriname in Group B. And as Concacaf says they’ll be speaking Dutch at the IMG Academy in Bradenton, Florida. For Aruba, it’s their first game against a strong Suriname team that made easing pickings of Cayman Islands with the 3-0 win earlier this week.