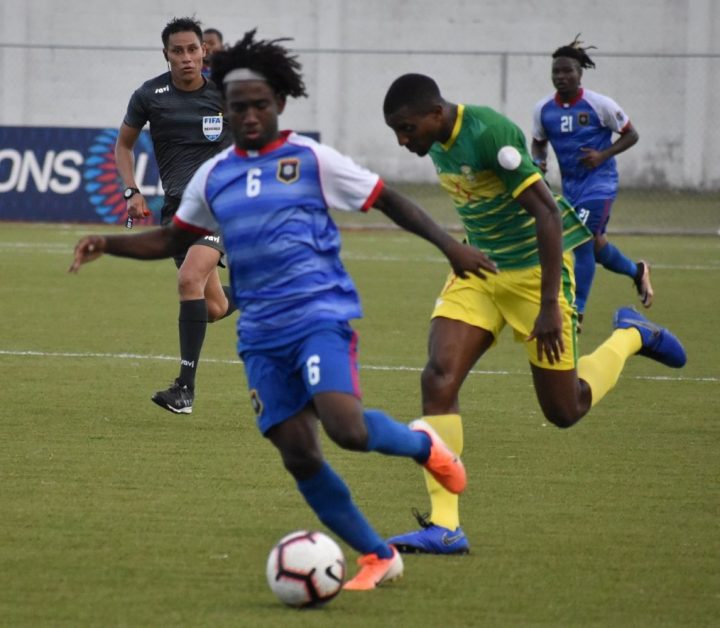 By Rubén Morales Iglesias: After Nicaragua pounced Turks and Caicos Islands 7-0 on Friday at Santo Domingo in the Dominican Republic, Belize became heavy favourites to beat the TCI squad when they meet on Tuesday at 3 p.m. at the same venue.

Haiti defeated Belize 2-0 but that’s a rather respectable score. Plus, considering that Belize is considered to be on par with Nicaragua, all the more favourites our Belize Jaguars become.
Trystan Pugh of the StatsZone.com wrote: “Belize competed well for large portions of their opening World Cup qualifying match against Haiti but ultimately fell to a 2-0 defeat as they fell away in the second half. If they perform to the same level here though, they should ease to victory against a Turks and Caicos Islands side who look there for the taking. They were thrashed 0-7 by Nicaragua over the weekend and it seems highly unlikely that they will be able to make dramatic improvements in such a short space of time, so the tip here is to back Belize to be leading at both half-time and full-time in the Double Result market.”

“I can assure you that the next game we will be more offensive minded,” Belize Head Coach Dale Pelayo said. “We will have more possession of the ball because we know what our capabilities are with the players we will be bringing into the starting line up.”

However, Belize goalkeeper Woodrow West had a word caution: “As to Turks and Caicios, I believe that our team is much better than them, but football is played on the field and we need to go out there and play our hearts out this time for three points.”

“We need to capitalize on the breaks that we get up front,” West said. “If it’s just one or two, we need to get those goals,” West concluded.