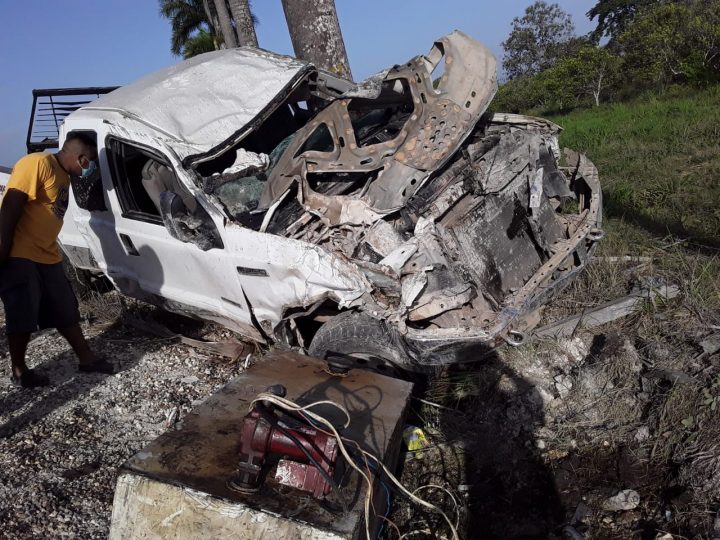 By Aaron Humes: 39-year-old Mario Aldana of San Ignacio Town, driver of a Ford F-150 pick-up, has been charged and appeared in court today, Monday, in connection with the deadly head-on collision in Georgeville, Cayo District on Friday night.

According to police, the vehicle driven by Lionel Chavarria, taxi operator, was in transit from west to east, not stationary as reported by Ian Staine, one of the persons injured.

Chavarria, Staine and Charles Jones, also known as Charles Staine, were impacted when Aldana ran into them while overtaking another vehicle. Chavarria died at the scene; Jones died in hospital and Staine was treated for his injuries.