After production delay, Johnson and Johnson to deliver 11 million doses of COVID-19 vaccine next week 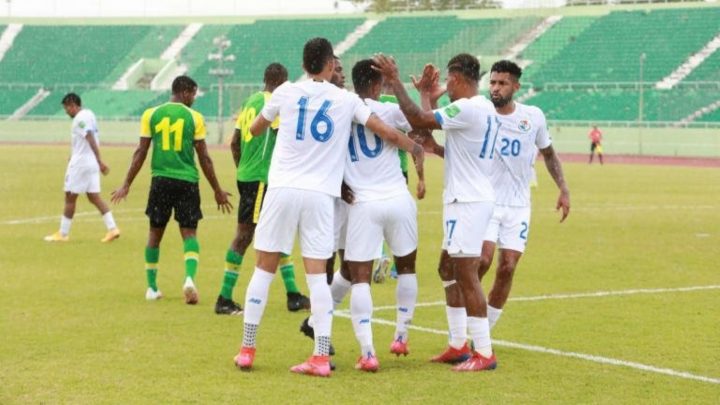 By Rubén Morales Iglesias: Panama won their second consecutive match in Group D of the Concacaf World Cup Qualifying for Qatar 2022 on Sunday, with a 2-1 win over Dominica. Panama now has six points and shares the top with the Dominican Republic who have a better goal average.

In the 28th minute Eric Davis sent a free kick into the box to Edgar Yoel Barcenas but the cross bounced of Dominica defender for the opener in Panama’s favour.

Deep into the game in the 82nd minute Audel Laville scored an outsider shot beating Panama goalkeeper Orlando Mosquera to tie the match. But four minutes later the Panamanians put the game away on a goal by José Fajardo who received the ball a pass by Adalberto Carrasquilla.

The opposite of Panama, Dominica ended March without a point after two games.

Curaçao beat Cuba 2-1 totaling six points which have them atop the standings ahead of Guatemala on goal average in Group C.

An early goal in the 10th minute by Leandro Bacuna put Curaçao ahead 1-0 but Onel Hernandez tied the action for Cuba in the 28th minute picking up the ball off a bad cross nailing the bail into the net. But Curaçao were not to be outdone and before the half was over scored the game winner by Charlison Benschop off a cross by Jarchinio Antonia.

Cuba have gone blank in their two outings.

Trinidad and Tobago dropped two points with their 1-1 tie against Puerto Rico. T&T now have four points, but the draw allowed St Kitts and Nevis who won their second match over the weekend to get away at the top of Group F.

Joevin Jones hit a left foot shot into goal to give the visiting T&T the lead in the 56th minute. Ricardo Rivera headed in the equalizer for Puerto Rico in the 71st minute past T&T goalie Nicklas Frenderup.

The draw gave Puerto Rico their first point in the WC qualifiers.

El Salvador conceded a late goal to Montserrat and only managed a 1-1 draw but their four points have them tied with Antigua and Barbuda at the top of Group A with 4 points each.

David Rugamas gave La Selecta the lead in the fourth minute off a pass by Jaime Alas.

When it looked like that lone goal was going give El Salvador the win, Montserrat’s Lyle Taylor’s converted in the 89th minute for the 1-1- draw.

Montserrat are in third place of the group with 2 pints from two draws. Prior to these two points, Montserrat had only gained one point in World Cup qualifiers.

The Cayman Islands vs Canada was postponed and will be played today. FIFA said the Cayman Islands Football Association was not able to submit the required COVID-19 testing information in time for Sunday’s match. Both Member Associations, FIFA and Concacaf agreed to postpone the match which will now be played at 6:00 ET on Monday, March 29 at IMG Academy in Florida. FIFA said the decision was “taken to ensure the safety of all participants in the match.”