POINT AND COUNTER-POINT: Some Learnings about Our Culture from Sports: Remembering Jeffery O’Brian and Clinton Castillo 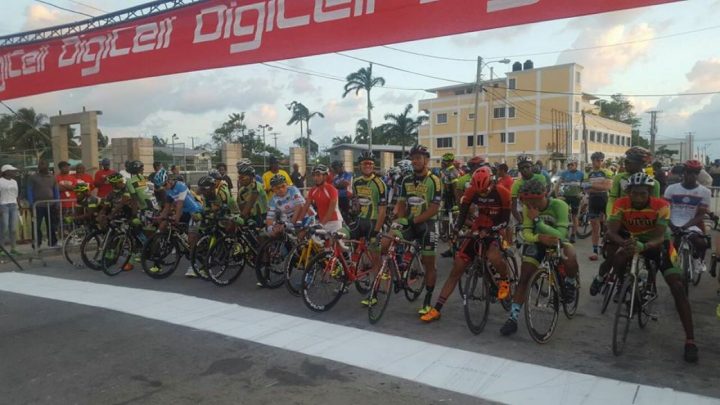 By Dorian A. Barrow, Ph.D., Florida State University: According to Clifford Geertz the functions of culture is to impose meaning on the world and make it understandable. It is a system of inherited conceptions expressed in words, or an image, or a piece of art, or through sports, by means of which people communicate, perpetuate, and develop their knowledge about and attitudes towards life. One sport that has taken this nation on an emotional roller coaster cultural ride over the past century, is the Annual Cross Country Race. This is the race that around this time of the year, Easter time, we have been following closely for over eight decades, every single Holy Saturday! Since the Race has not ran for an unprecedented two consecutive years, I recently asked myself what lessons have we as a nation learned from this 83-year old cultural event? As I reflected on this all week I was inspired by what the patterns in a sporting event can teach us about our culture, that is, about how to make sense of this place Belize we call home.

The Annual Cross Country Race has gone through three distinctive phases of courage, growth, and decay from 1928 to present, and as a result has gone from a cultural event that helped us to impose meaning on the world making it more understandable, to a one-day sports spectacular that if it happens it happens, and it if does not that just gives us an opportunity to do something else on Holy Saturday. It is therefore somewhat of a sad time for people like me who love the sports and have been following The Annual Cross Country Race for years, especially during its classic period – its period of growth from 1940 to 1980. It was during this period that Jeffery O’Brian was one of the Kings of Cycling in Belize and it was during this period that Clinton Castillo and three other young men began to rejuvenate cycling with the infusion of new youthful energy, hard work, discipline and enthusiasm values that have characterized the Annual Cross Country Race cultural event from its inception.

The period of courage, or cycling’s pre-classic period, as Qwuami Scott has noted, started as an Expedition in 1928 when a group of young riders decided to race to El Cayo (now San Ignacio) and back. The road at the time was a dirt road, which was in horrible condition. No one could have imagined that this event would have grown to what it is today – the greatest one-day spectacle in Belize, the Annual
Cross Country Cycle Race. It has now attracted cyclists from several different countries. The 1928 race started on the morning of Holy Saturday and was concluded on Easter Monday. Easter Sunday was the day of rest in El Cayo where the cyclists were greeted and honoured by residents on that day. They were also treated to an exciting cricket game.

The historic event was completed in Belize City in a total of 21 hours 29 minutes on Easter Monday. It was won by Elston Kerr, who won it again in 1929. But this all male first Cross Country race represented participation across most ethnic and social groupings as second was Norris Wade, followed by 13-year old Bertie Cleland, Edward Osman, Maurice Paten, G. Rodriquez, Carton Fairweather, Charles Fuller,
Richardo Meighan, and Harold Neal. The tenor of the pre-classic period of cycling in Belize is characterized by stories like the ones associated with the 1928 race and the other earlier races which are numerous and include vivid descriptions of cyclists walking through mud and water with their bikes on their shoulders. During this pre-classic period of courage that ended around 1940, Donald Lightburn
dominated the race with wins in 1931, 1935 and 1936.

The classic period of the Annual Cross Country Race as a cultural event that followed began in the 1940s, and Aston Gill dominated cycling during the early classic period, with wins in 1945, 1946, 1947 and 1950. The classic period maxed in the 1950s, and continued to plateau until about 1980, when decay began to set in. The King of Cycling in Belize during the height of the classic period was Jeffery O’Brian, who dominated cycling in the 1950s winning the Annual Cross Country four times and set the record for the time taken to ride the race, that held unbroken for twenty-three years. Jeffery O’Brian, one of the first cyclists to be inducted into the Hall of Fame, made his mark by conquering the Cross Country Cycling Classic four times, from 1951 to 1954. In 1954 he set a time of 7 hours, 44 minutes, a record that stood for 23 years. After retiring from the sport, O’Brian gave back by being the President of the Cycling Association for many years. Jeffery died in 1999, a national hero but a virtual pauper, very much like Dame Minita Gordon, our first Governor General who spent part of her silver years in a ‘poor-house’ in Ladyville. This caused me to reflect on how we as a civilization treat our elderly including our former sports heroes. They too we treat badly. We seem to quickly forget what did to us as a nation to make us better and to help to mould us into the humanity we are today. This is not something that I think we should continue to perpetuate as a cultural group.

But if a cultural grouping is to survive it has to be constantly reinventing itself as more people join the group and as the youthful members of the group takes on more leadership roles in the cultural unit. This is exactly what the young Clinton Castillo did through the sports of cycling in 1953. The 1953 race was a handicap event in which four young cyclists were given half-hour lead over the other riders. Even
though this perhaps was what prevented O’Brian from winning his fifth consecutive Cross Country race, Clinton Castillo, one of the four young cyclists, was never caught, and became the youngest cyclist to have ever won the Annual Cross Country Race. Castillo went on to win his second Cross Country Race in 1967, fourteen years later, showing that a commitment to a cultural act is a long-term commitment that do sometimes pay off handily in the end.

As it turns out Jeffery O’Brian’s record lasted for 23 years until in 1977 when it was shattered by the great Kenrick Holiday, and with that came the beginning of the end of the classic period of the Annual Cross Country Race as decadence soon began to surface in the 1980s. But to end the classic period of cycling King Kenrick couldn’t accomplish this feat alone. In the 1977 race he was assisted with the pacing by Alfred Parks, Eugene King, Melvin Rhodas, Edison Smith, Raymond Shephard, Glen Gordon, Emmerson Bodden, Anthony Morris, and Alexander Vasquez, the last of the Annual Cross Country Race classic period riders. The record set was 7 hours and 33 minutes. Kenrick Holiday went on to follow the Miguel Brothers John, Author and Rudy who ruled the cycling world in the 1960s with seven Cross Country Race wins, to dominate cycling in the 1970s winning in 1974, 1975, 1977 and 1978.

Alpheus Williams dominated cycling at the beginning of the post-classic period (the period of decadence) in the 1980s winning the race and setting a new record in 1982 with a time of 7 hours 28 minutes. Alpheus who straddled both the classic and the post-classic period of cycling in Belize, broke his own record in 1982 with a time of 7 hours 5 minutes and went on to win again in 1984 before he retired at an early age and brought the golden age of the Cross Country Race to an end. After the Williams reign over cycling ended in 1984, the name of the race changed from the Annual Cross Country Race to the Belize Cross Country Classic. With the name change came modernization of the sports and a new set of rules as the Cycling Association become a member of the International Cycling Federation. People like Stansmore Bowman, Lindy Gillett and Santiago Castillo Jr. were instrumental in this early transition from the late classic to the early post-classic periods of the Annual Cross Country Race. The race was internationalized where riders from any part of the world could compete. As more and more foreigners began to win the race, the race lost it cultural flavour and national appeal. It became an expensive sport ($10,000 bikes according to former Minister Edmond ‘Clear the Land’ Castro) that needed major cooperate sponsorship (Santiago Castillo Group of Companies; SMART; DIGI; The Gordon Roe Group of Companies, Belize Sugar Industries Ltd., etc. ) or the financial support from big money people (people like Michael Ashcroft, Billie Musa, Edmond Castro, Ray Cattouse, Winston Smilling, etc).

The road conditions improved, the foreigners took the sport to another level, and new records were set: Ward Zauner of the USA (6:22:00) in 1987; Charlie Lewis (6:18:30) in 1990; Chris Blake of the USA (6:01:05) in 1996; Ben Barnard of the USA (5:49:16) in 1998; and Ryan Bauman of the USA (5:40:12) in 2008. By the end of the Twentieth Century, The Annual Cross Country Race had been transformed from a national cultural event to the biggest single day sports spectacular in the country. The race subsequently has lost its appeal as a cultural imperative. No wonder why so few of us are lamenting the fact that the race has not been ridden in two consecutive years, an ordeal that we have never experienced in its 83-year old history until now, 2021.

I would like to especially thank Dickie Bradley and Qwuami Scott for the wonderful work they having been doing in documenting the history of the Annual Cross Country Race over the years. Do feel free to challenge the views expressed in the column and let’s get the national discourse on things affective our cultural development going.