The Belize Jaguars are confident and ready, going all-out against Turks and Caicos Islands today

Security guard fell to death in sea after seizure 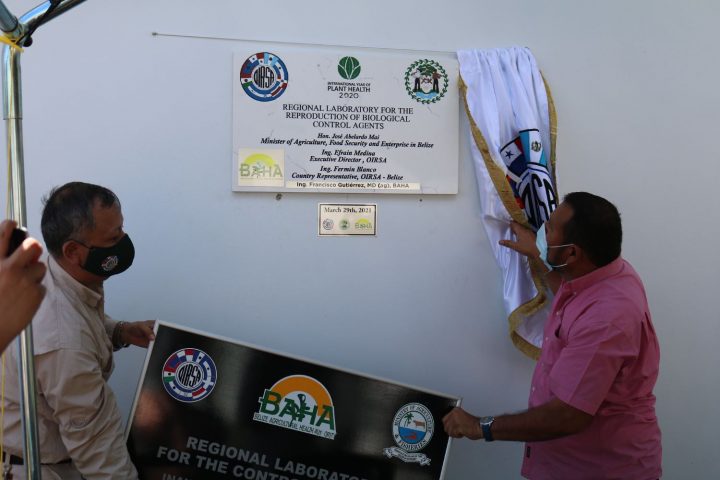 By Benjamin Flowers: The Ministry of Agriculture, Food Security, and Enterprise has launched a new biological pest control program in an effort to address the recently discovered Asian bean thrip, a pest that has cost farmers millions of dollars in lost bean crops.

The Ministry officially launched the program yesterday, where it revealed that the laboratory at the Agriculture and Trade Show Grounds established to produce a natural enemy for pink hibiscus mealybug, is being expanded to produce an organism targeting the Asian bean thrip. The expansion was made possible through a collaboration with the International Regional Organization for Agricultural Health (OIRSA), and Mexico.

The Belize Agricultural Health Authority (BAHA), the body which will be implementing the project, said that the pest control program is geared towards improving food security in Belize. Francisco Gutierrez, Acting Managing Director, BAHA, noted that the organisms being used in the program as an alternative to pesticide use, have proven to be effective in other countries.

“However, yes, it is important to do some level of local trials. So some trials have been done in the field in beans against the current new pest and we have seen some very good biological activity there,” Gutierrez said.

He added that the program also sees the introduction of another organism engineered to remove a pest that affects cabbages, which is being piloted in a farming community on the Hummingbird Highway. Gutierrez said that, given the success of the controlled trials, the challenge now lies in scaling up the production of the organisms and creating a culture among farmers to employ the use of these organisms.

Last week the Ministry and BAHA held a joint press conference, to explain that the Asian bean thrip, which causes deformities in host plants such as red kidney beans, black beans, pinto beans, and black-eyed peas, has cost farmers over $4 million in lost crops.