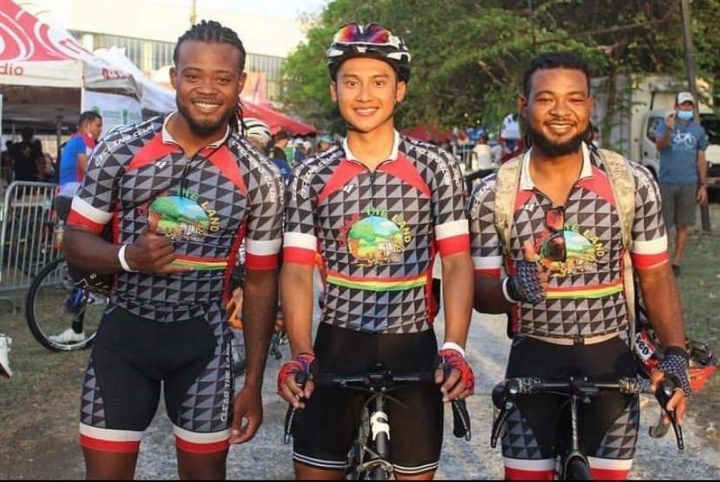 By Rubén Morales Iglesias: From the onset, the three Belizean riders, Henry Li and brothers Wasani and Jafari Castro, knew that they would be up against competition that was above their level in Panama, but that’s what they were looking for, an event they could participate in and learn from. That’s what drove them to the Clásica RPC Radio four-stage race because they had been out of practice here due to the pandemic and because they need to gain the rhythm they need to race later on in the year in the United States.

And though it was tough, they did pick up some experience and miles finishing in two of the four stages. It’s not like they couldn’t finish the distances, but in cycling, when you fall behind by a certain time or are lapped, out you go. They call it being disqualified. But they were not alone in that respect in two of the four stages. In stage one alone, over 100 cyclists were disqualified, many because they were caught in a spill.

Another American, Daniel Estevez of Butcherbox USA, who won stages 2 and 3, finished second.

The Belizean riders found themselves involved in a spill on both the first and third stages.

Hao Chen Lee, Li’s brother said: “The 3rd stage, similar to the first stage, had another big crash in the middle of the field and caused a huge split. The top contenders were in the front with their teams, so they kept the pace high at the front. It was difficult for the Belizeans to make it to the front group. The peloton that the Belizeans were in got lapped by the main group after 20 miles resulting in 100 riders abandoning the criterium.”

The hope is that that improvement carries through to their next international event because they are not done yet.