Police send out another warning against social gatherings this Easter 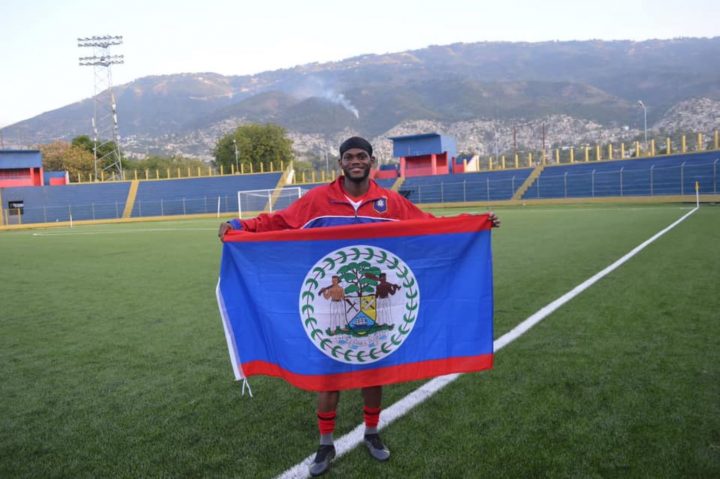 By Rubén Morales Iglesias: “I’m very happy with the performance tonight,” Belize captain Deon McCaulay said during the post-game press conference after the World Cup qualifying match in which Belize blasted the Turks and Caicos Islands 5-0 on Tuesday in the Dominican Republic.

While it was a good performance, the first goal did not come until injury time at the end of the first half, after 48 minutes, when Carlos Bernardez scored off an excellent bicycle kick which gave Belize confidence and a sigh of relief going into the locker room for the break.

“Turks and Caicos really put a struggle in the first half,” McCaulay said. “As you can see it wasn’t really happening because they came out with their game plan. We came out with our game plan too. I think we executed well.”

As soon as the second half started Belize got two more goals in three minutes from 19-year-old Jesse August and another from Bernardez.

“I’m very happy, like the coach said, with the younger players,” McCaulay said. “They came in and had an instant impact on the game and that helped us a lot.”

Cappello, August, Polanco, and Lopez are part of the young Jaguars, McCaulay was talking about.

Pelayo made five changes, August for Lopez, Guerra for Angelo Cappello, Jose Urbina for Nana Mensah, Desmond Wade for Bernardez, and Ean Lewis for Jordy Polanco. Of these, Urbina, Guerra, Wade, Westby, Nembhard, and Sutherland are in their prime. As well as Mike Atkinson who played the first game.

“We have to take it one game at a time,” McCaulay said. “You know, the country hasn’t been playing football for a full year, went into that Haiti game, and it was our first game for over a year. Like the coach said we stuck to our game plan. We regrouped the team. Everybody came back for this Turks and Caicos game and we went out there and did a great showing.”

With three points and one game in hand against Nicaragua in June, Belize still stands a chance of topping their qualifying group should the BMNT win their final game and Nicaragua beat Haiti. Difficult, but not impossible.

“I think the team will be ready in June for that game in Nicaragua,” captain McCaulay said. “We just have to continue working and keep focused. Hopefully, the League starts so that the players are playing and are in game shape.”