Another fish kill reported in the Orange Walk district 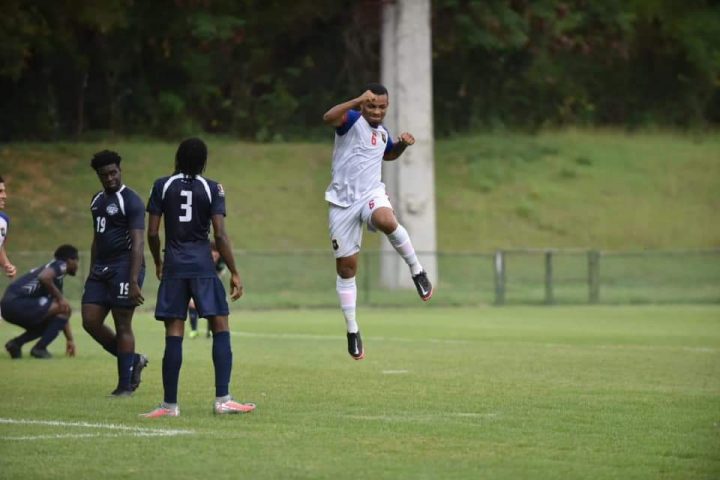 By Rubén Morales Iglesias: “Be patient, be patient. The goals will come,” Belize Men’s National Team head coach Dale Pelayo said he kept telling the Belize Jaguars during the World Cup qualifier Belize won 5-0 against the Turks and Caicos Islands (TCI) in the Dominican Republic on Tuesday.

Pelayo said he promised that Belize would play “possession football, holding on to the ball, creating a lot of opportunities and that’s exactly what we did today.”

“Don’t lose focus on our objective which [is] to hold the ball and create opportunities against them,” Pelayo said he told the players. “So the game went one, so the goals would come in the game today.”

In sports, like in life itself, you can’t force situations. You’ve got to let things flow.

Throughout all of the first half, Belize pressed but the goal just wouldn’t come. However, in the third minute of stoppage time, just before the referee called off for the break, Carlos Bernardez came up with a superb ‘chilena’ rocking the net.

Belize went to the locker room with a 1-nil lead.

“We knew Turks and Caicos would not have been an easy, easy opponent. They are an opponent that wants to play as well. I asked the guys just to be patient,” Pelayo repeated to his team. “We got our first goal late in the first half, so we went into the locker room and told the guys, be patient, we are holding the ball. We have possession. It will come. As long as we have possession, they will want to defend the ball, so they will collapse. And it was just to have patience and whenever we have the opportunities to execute.”

And execute they did as soon as they took to the field.

In the 47th, Jesse August, who had just substituted Krisean Lopez, nailed the second. Jordi Polanco collected the ball in the middle, crossed to August who ran into the box, and fired a mid-range missile shaking the net. 2-0.

A minute later, TCI played the ball backward. Bernardez stole it from a defender on the left line, cut towards goal, and when the goalkeeper came out, he tapped it to his left. 3-0.

Head Coach Dale Pelayo then made four changes in 12 minutes. Nahjib Guerra went in for Angelo Cappello in the 56th and Jose “Bini” Urbina substituted Nana Mensah in the 61st. Then in the 68th, Pelayo made the final two changes, Desmond Wade for Bernardez and Ean Lewis for Jordy Polanco.

“I mentioned to the team that I want to win this game. I want everybody to have an opportunity to play. I didn’t want to waste time and wait for the game,” Pelayo said. “If you give me what you have, and it’s 20 minutes, I will be satisfied with that. And I know what we have off the bench. You look at young Jesse August and automatically being an impact on the game. I think, most of all, our young talented guys can step up and come into the game and be an impact on the game at any moment.”

All in all, out of 22 players, only the two reserve goalkeepers did not play any minutes in the two games in this World Cup qualifiers outing.

Belize got two more goals late in the game. In the 81st Deshawon Nembhard jumped over the defenders and nailed the ball that sailed into the box from a corner kick executed by August. Then in stoppage time, captain Deon McCaulay scored a tap-in to the back post after the TCI keeper had saved a shot from Guerra who had advanced on the right side.

“I want to ask the fans back hope to be patient with the team, to be respectful of the team. We had a lot of negative criticism in game one,” Pelayo said. “People have not realized that in Belize we were not playing any football. But we must be positive. As I said to the team, for me, what drives me most is when people are negative. And I hope that we have the response since we got this result today, let’s show some love to the team instead of being negative and try to support the Federation in what they are doing.”

Belize now has three points like Nicaragua and Haiti, albeit with one more game. Our final match will be away against Nicaragua in June.