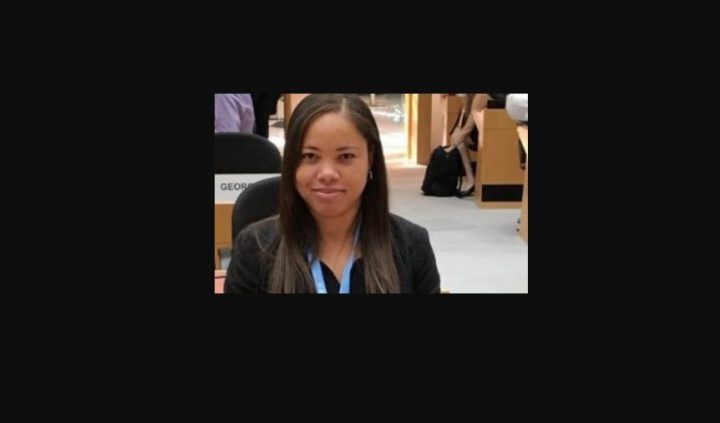 By Hugh O’Brien: Shanea Young, head of the agro-climatic section at the National Meteorological Service (NMS) is Belize’s first woman agro-meteorologist, a feat she achieved at the tender age of 27. Young, an early career scientist, specializes in agro-meteorology and is responsible for providing climatic information to stakeholders in Belize who are affected by climatic events,  as well as providing agro-meteorological services to the agriculture sector, both public and private. She has a passion for agriculture and enjoys using her skills to contribute to research, develop new products and applications, and build capacity among agricultural users to adequately understand and use weather and climate information such as seasonal and sub-seasonal climate forecasts, drought forecast, agro-meteorological bulletin, climate change projections etc. to address the impacts of climate variability and change on agriculture.

Young grew up on the Southside of Belize City, attended St. Catherine’s Academy and later joined the NMS in 2009, as a Meteorological Officer IV after completing her Associates Degree in Biology and Chemistry at St John’s College Junior College. Her initial aspirations were in the field of medicine since she had previously worked part-time at her uncle’s pharmacy and saw the need for more specialized doctors in Belize. However, immediately after joining the NMS, Young developed a passion for the meteorological discipline because it presented the type of challenge that she enjoys finding solutions for, in a male dominated field. Through her drive and high performance, she was awarded a scholarship to pursue her undergraduate degree in meteorology in 2011, completing her BSc. in Meteorology and Earth Science (Hons, Upper Second) in 2015, from the University of the West Indies, Cave Hill, Barbados. Being one of the top performers in her graduating class, she applied for and was subsequently awarded one of two regional scholarships by the Caribbean Catastrophe Risk Insurance Facility (CCRIF) to further her studies at the University of Reading, England, where she obtained a MSc. in Applied Meteorology with Merit (2016), specializing in agro-meteorology. Her Master’s thesis focused on “The effect of drought on the water balance and yield of the potato crop in Belize.”

At the age of 27, Young became Belize’s third agro-meteorologist following her predecessors Douglas Smith and Ramon Frutos and is Belize’s first and only female agro-meteorologist. Since her return to Belize in 2016, she has proudly served the government and people of Belize nationally, regionally and internationally on several weather, climate and agriculture meetings, trainings, research and other initiatives. She is Belize’s delegate to the Intergovernmental Panel on Climate Change (IPCC). Some of Ms Young’s most recognizable contributions to her field occurred in 2019 at the 50th and 51st sessions of the IPCC where she played an integral role, despite many challenges, lobbying for the inclusion of underlying scientific evidence and communication of the limits to adaptation posed by some of the recommended adaptation measures on Small Islands and SIDS, including Belize in the Summary for Policy Makers on the Special Report on Climate Change and Land and Special Report on Oceans and Cryosphere in a Changing Climate. 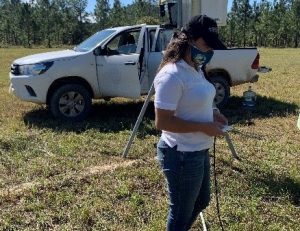 In an exclusive interview, Shanea Young told Breaking Belize News (BBN) “I am very passionate about the field I have chosen and I want to be a role model for young women in Belize to not be afraid of undertaking studies in the field of science, technology, engineering and math”. Young went on to share that she “plans to continue strengthening the agro-climatic services in Belize through a participatory approach with the agriculture sector”. According to Young her aim is to “bridge the gap with the ‘Last Mile’ barrier, ensuring critical climate services and information are delivered and easily understood at the farm level, to support small farmers decision making, increase climate smart agricultural production, and decreasing Belize’s Agromet and climatic risks”.

Shanea Young is a firm believer of acknowledging the invaluable role her mentors, supporters and predecessors have played in her professional and personal development. Her biggest motivator has been her 9-year-old daughter Chloe, who has been with her since the start of her journey.  Young was one of the United Nations Development Program (UNDP) Belize Ambassadors for the International Day of the Girl Child in 2018, promoting the role of young women in Belize’s highly skilled labour force. She intends to share her knowledge and experience with the upcoming generation of young women, girls and youths for increased participation in agro-meteorology, agriculture and other STEM (Science, Technology, Engineering and Math) fields in Belize and the world, particularly in developing nations.

BBN honors Shanea Young, pays special tribute to her as Belize’s first and only agro-meteorologist, and send best wishes as she moves along the agro-meteorological path.