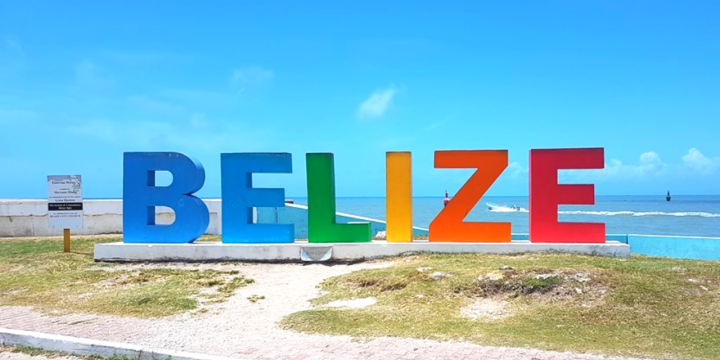 Wunderman describes Belize as a “place that evades stereotypes. It’s neither completely Central American (the national language is English) nor entirely Caribbean (it seems as though there are no all-inclusives in sight). Rather, this tiny country of 400,000 people finds its footing in its diversity, blending the customs, cuisines, and communities of people from Maya, Kriol, Garifuna, and mestizo backgrounds, to name just a few.” In her introduction she writes about the landscape, the seas, the dense rainforest, the stone ruins and networks of caves. She says that because of Belize’s “unshakable commitment to conservation, wildlife is found everywhere, which is why Belize is home to the largest concentration of jaguars in the world.”

Her three perfect days includes features from San Pedro to Cayo to Placencia while taking in the food, the animals and the beauty of the country.

During Day 1 Wunderman is San Pedro, Ambergris Caye where the sun is “beginning to rise over the Caribbean Sea as I wake up, a daily coincidence that happens only when I’m in Belize, as if the celestial bodies conspire to ensure I don’t miss the brilliant sight by sleeping in, the way I would at home.” She says she has spent a lot of time in Belize but had not been here since 2020 so she is “beyond excited to be back. Gazing at the waves, I almost feel as if I’m dreaming.”

After the food tour, she joins Captain Charlie “for a snorkeling session at Mexico Rocks, a shallow patch of protected reef” where she mingles with green sea turtles, nurse shark, dragon-toothed barracudas, remoras and massive spotted eagle rays in the midst of boulder like corals.

Day 2 takes her inland to Cayo. On the way, Zhawn Poot, a guide with tour and shuttle provider Belizing, stops her off at the Belize Zoo, where she is “entranced by Da Queen and Panama, a pair of massive harpy eagles that look like holdouts from the Jurassic period.”

Wunderman notes that Poot drops her off “at San Ignacio Resort Hotel, an upscale boutique property with vintage charm perched on a hill overlooking San Ignacio.”

Since it’s Saturday, Wunderman observed “the booths at the San Ignacio Market are bustling, the open-air stalls cooled by a breeze coming off the Macal River. The diversity of produce astounds me—locals casually pick up various fruits that I couldn’t even begin to name.”

The afternoon takes her to Maya ruin, Cahal Pech. “It’s like passing through a portal to a thousand years in the past.”

Her packed day then takes her to Big Rock Falls, in the Mountain Pine Ridge Forest Reserve where she and her friend Steph from the San Ignacio Hotel “scrambled down the rickety handmade staircase to a beach of gigantic boulders at the base of the 150-foot waterfall.” There she gets a “back massage from the cascade, leaving me soothed and invigorated all at once.”

Her third perfect day starts before the sun rises goes in search of the black-and-white hawk-eagle. Bird-watching guide Roni Martinez takes her to Black Rock Lodge. On the way, when it’s still misty, they see two keel-billed toucans – Belize’s national bird. While they’re enjoying fry jacks and coffee, they spot the black-and-white hawk-eagle. “As we focus our lens on the impressive bird, the jungle surges to life,” Wunderman writes. “A redcapped manakin dances on a bush below us, while a flock of aracari bounce around in a tree to our left.”

On her return to San Ignacio, guide Poot takes her south to the Placencia peninsula “on the southern coast that’s lined with white-sand beaches, dotted with elegant hotels, and capped off by a low-key fishing village.”

On the way through the middle of the jungle on the Hummingbird Highway they stop off for homemade icecream at The Country Barn. A little later, Ali feasts on “the sweetest pineapples in the country” on the valley road before sampling Miss Bertha’s Best Belizean “Fyah Haat” Tamales.

When they get to Placencia she dumps her belongings at Francis Ford Coppola’s Placencia beachside resort, and joins Melvin Arevalo, the hotel’s ornithologist, in search of Belize’s scarlet macaws. They find “at least 30 of the jaunty parrots screeching and playing just above us, flashes of ruby in the emerald canopy. From the lookout, I watch as pairs of them soar majestic ally across the valley.”

When she returns the sun is going down and she goes for a tour of the lagoon after which she takes in the last rays of the sun at the bar of the Placencia Yacht Club.

Ali Wunderman says Belize has “brought out the best in me.”

She ends her three perfect days with the “clink our bottles of Belikin beer together, toasting to another beautiful day.”