A Holy Saturday without Cross Country, the “Ride of the Roses” 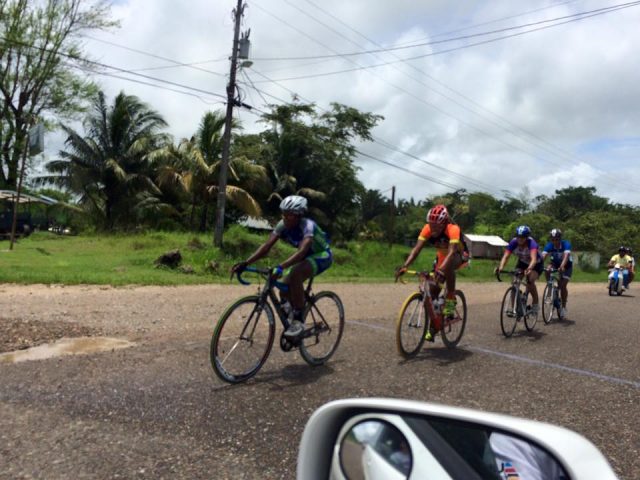 By Aaron Humes: “The Ride for the Roses” is as much a part of a Belizean Easter as fish and church on Good Friday, the beaches, the cayes and the rivers, and enjoying the abundant sunshine.

By this time of the day, we would either have been jubilantly celebrating a Belizean victory, or commiserating after some dastardly Mexican, Guatemalan, or American showed us up on our own turf.

But for the second straight year, the Holy Saturday Cross Country Cycling Classic was not held, leaving a gaping hole in Belize’s sporting heart that has not been filled, even by the solid work done by the national football team in Haiti and the Dominican Republic in the last few days.

And while we can look at old races on television, and discuss the greats of yesteryear, the men (and women) who have trained for this event for months if not years are even more bereft.

Earlier this week, cycling raconteur Kwame Scott hit the George Price Highway for Channel 7 News to speak to a few contenders – and pretenders – to glean their thoughts about having the greatest sporting event on the Belizean calendar taken off the plate.

In the former category is Oscar Quiroz, defending KREM New Year’s Day Cycling Classic champion who swore 2020, and then 2021, would have been his year. The Cayo-based athlete called it nothing less than devastation after the 2020 race was cancelled, to the point where he was depressed for a month. He now feels like he has lost the very best of his prime.

Byron Pope was closest to the podium when he finished fourth. Now 31, he acknowledges “frustration” as his prime, too, is running out. He too has tried to stay motivated as the Government restricted cycling to recreation more so than training.

21-year-old Josh Fuller is an emerging cyclist who was coming into his prime when COVID-19 struck. He may have more Cross Countries, but even he does not know how many, and so he was disappointed to have missed these ones.

Veterans like 54-year-old Fitzgerald “Palas” Joseph find that trying to stay competitive during COVID-19 has been a profound challenge; he first rode in 1984. Coast Guardsman Giovanni Lovell has it easier thanks to his job, but for a true lover of the road, its tough.

The Cycling Federation of Belize has made no public comment, but economic factors are also thought to be behind the virtual shutdown of cycling in Belize; the usual sponsors of station and finish prizes do not have it to give as yet, and perhaps not any time soon.

The next chance for Cross Country is April 16, 2022. Until then, we wait and wonder…