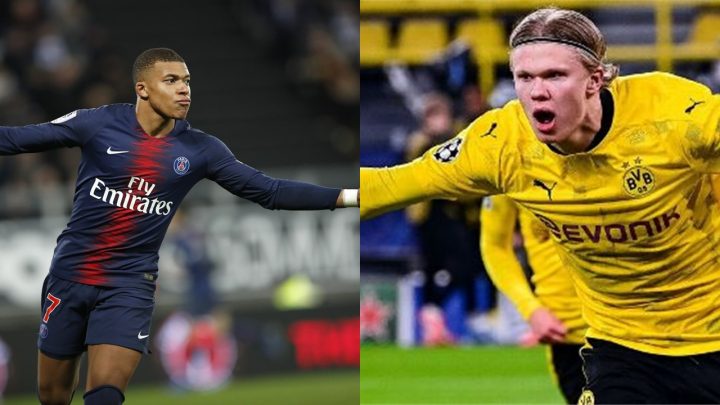 By Rubén Morales Iglesias: For the first time in 16 years, the UEFA Champions League quarterfinals will have neither Lionel Messi nor Cristiano Ronaldo.

With Barcelona and Juventus eliminated, the best two players in the world for over more than a decade, Messi and Cristiano, are also out. But while it’s been all of 16 years and fans are not liking it, probably a little less than Messi and Cristiano themselves, right now there are two up-and-coming young stars ready to take their place.

And what’s more, one of them already thinks he is better than them.

“Every time I step onto the pitch, I tell myself I’m the best,” Paris Saint Germain striker Mbappé said to UEFA.com. “And yet I’ve played on the same pitch as Messi and Cristiano, and they’re better players than me! They’ve done a billion more things than me, but in my head, I always tell myself that I’m the best because then you’re not putting limits on yourself and you’re trying to give the best version of yourself.

“I’ve never said I was going to be the greatest player in history, but I’ve never put limits on myself.” Mbappé said.

Mbappé has been strutting his stuff since France won the World Cup in Russia in 2018 and last year just barely missed winning the UEFA Champions League with PSG.

For his part, Haaland is goal-scoring machine. This season, he’s already scored 31 goals, 10 goals in six matches in the UEFA Champions League and 21 goals in 22 games for Dortmund in the German Bundesliga.

But his biggest haul is nine goals in one game in the 12-0 win for Norway over Honduras in the U-20 World Cup in Poland in 2019. And while that was Norways biggest win ever at the U-20 level and Honduras worst defeat, Haaland could only complain that he had missed a couple more.

He’s not much for talking though.

“Listen, I do my job on the pitch,” he once said. “After a match I want to hit the showers, and crack a few cold ones with the boys, not answer questions reporters already know the answers to.”

Another day he said: “The day I do an interview over one minute will be the day I quit football.”

But while, Erling is not much for talking to the media, his father certainly is, as he is seeking the best deal for his son. With interest from so many clubs in Europe, his dad Alf-Inge Haaland and his agent Mino Raiola are making the rounds. This past week, they had meetings with new Barcelona boss Joan Laporta and Real Madrid president Florentino Pérez in Spain. They are now expected to meet with Manchester United, Manchester City, Liverpool, and Chelsea in England.

So, for what’s left of the UEFA Champions League, let’s see if both Mbappé and Haaland have really got what it takes to replace Messi and Ronaldo.