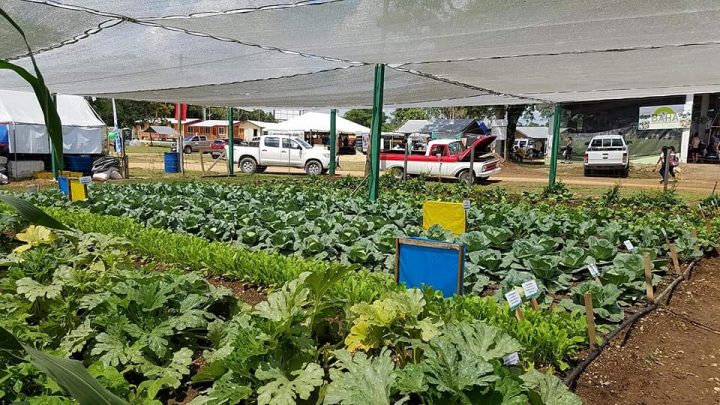 By Aaron Humes: The Havana Times is discussing the necessity of food security among Caribbean countries by re-telling the experiences of Jamaicans in particular during the ongoing pandemic and the region’s efforts in this vein.

Like many Jamaicans and others, primary school caregiver Jaxine Scott turned one green shoot among some garlic in her fridge to a full backyard garden, cultivating cucumber, pumpkin, melon, callaloo, cantaloupe, pak choy and tomatoes. She plans to continue, she says, as it feels good to plant, save money and help family and neighbours.

This self-sufficiency is critical, as in October of 2020, a study of eight Caribbean countries including Belize found that on average, four in every ten surveyed experienced some form of daily hunger and 42 percent characterized it as moderate to severe, according to the College of Health Sciences at the University of Technology, Jamaica.

Another recent study from the Caribbean Research and Policy Institute and Unicef also found that in a survey of 500 Jamaican households, 44 percent reported that they were experiencing food shortages, while 78 percent said their savings could last them four weeks or less.

Experts define food security as the availability of nutritious food, and the United Nations further defines it as having “physical, social and economic access to sufficient, safe and nutritious food that meets their food preferences and dietary needs for an active and healthy life.”

According to the World Bank, despite the pandemic, there is adequate supply, however the challenge lies at the national level. The risks to food security include higher prices and reduced incomes, which forces households to rely on smaller portions of less nutritious foods.

Regional experts believe that some people are cutting back on intake of meals and relying on lower cost but unhealthy foods, leading to malnutrition, lack of energy, obesity and related health issues like diabetes and hypertension. This especially impacts children, who need nutritious food to grow and learn adequately. In addition, children are confined to their households, doing online learning and missing physical activity they would have had at school.

So what can be done? In Jamaica, in additional to various financial stimulus measures, the Andrew Holness government has also focused on increasing food security, an effort that existed prior to the pandemic, but has since been ramped up.

Jamaica’s Minister of Agriculture and Fisheries Floyd Green says that the government is investing JMD$1 billion this year.

To counter decreased market demand from the hotel and restaurant industry, the Government has bought back supplies to distribute to new clients which helps farmers. This says Green, has contributed to overall rebound in the industry.