US authorities offer $50,000 reward for the capture of accused murderer who was spotted in Belize 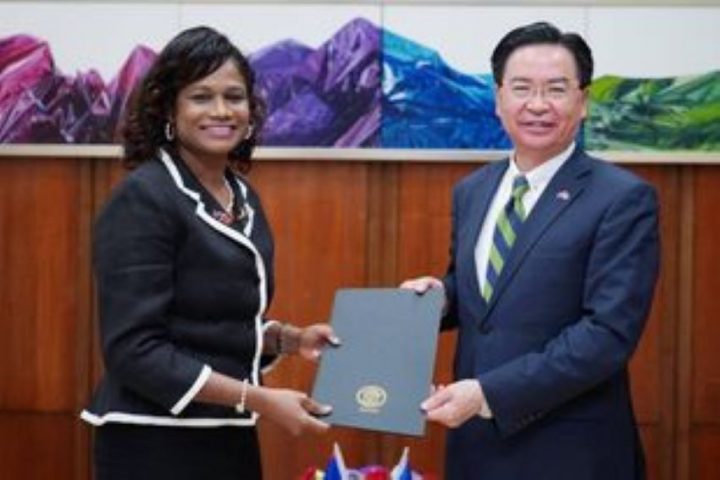 By Rubén Morales Iglesias: Newly appointed Ambassador of Belize to the Republic of China (Taiwan), Candice Pitts, today presented her letter of credence to Minister of Foreign Affairs Joseph Wu.

According to Embassy of Belize ROC -Taiwan and the Taiwan Ministry of Foreign Affairs, Minister Wu and Ambassador Pitts “used the occasion to exchange opinions on a wide range of issues of mutual concern.”

Minister Wu welcomed Ambassador Pitts noting that this is her first visit to Taiwan and said he is sure she will soon get to know the country and the friendly people of Taiwan.

The Belize Embassy said, “Minister Wu expressed his confidence that the close and cordial relations between ROC (Taiwan) and Belize will continue to deepen and strengthen.”

For its part, the Taiwan Ministry of Foreign Affairs said, “Minister Wu, therefore, expressed his confidence that the close and cordial relations between the ROC and Belize would continue to deepen, and hoped that the two countries could strengthen cooperation.”

The Belize Embassy in Taiwan said Ambassador Pitts “thanked Mr. Wu for his welcoming and cordial visit and informed him that she is extremely grateful and honored to be representing Belize and working with Taiwan in this capacity. She reassured Mr. Wu that she is committed to do all she can and to act accordingly within her capacity as ambassador to further strengthen and add content to the bilateral relationship between Belize and Taiwan.”

The ROC Taiwan Ministry of Foreign Affairs said Ambassador Pitts is part of an outstanding new generation of women in Belize and that “the appointment of a woman like Pitts as ambassador to Taiwan shows the importance the government attaches to the friendship of Taiwan and Belize.”

The Taiwan government release said that Ambassador Pitts received her Ph. D. from Howard University in Washington, USA, and that she has taught at institutions of higher learning in the United States and Belize. It also said she was elected as a Belize City councilwoman in March 2018 and that she has been “actively involved in important issues such as community, national development and women’s empowerment.”