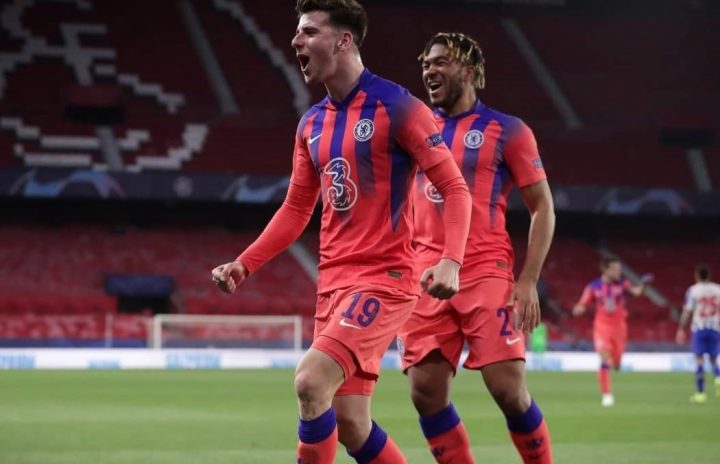 By Rubén Morales Iglesias: Chelsea proved too much for Portuguese side Porto beating 2-0 st Sevilla, Spain in the first leg of the UEFA Champions League quarterfinals.

Despite Porto generating more opportunities, Chelsea were clinical and have an advantage going into the return leg.

Chelsea took the lead in the first half on a 32nd minute goal by defender Mason Mount. Jorginho fed the ball through three defenders to the right outside the box. Mount collected it with his back to goal, turned around and fired to the left, nailing the ball past Porto goalkeeper Marchesin who stretched his right leg but to no avail. Chelsea were up 1-0.

Porto had a good break in the 56th but midfielder Luis Díaz’ shot went just a bit to the right of goal.

Chelsea closed it off in the 85th when Ben Chilwell stole the ball on the left and ran in beating Marchesin leaving him sprawled out on the pitch and making his way into the goal area before tapping the ball into the net.

“We knew it would be a tough game. We kept going, we got the goal in the first half and the second secured a good win. It’s only half the tie, there’s a second leg to go,” Mount said after the game. “The job’s not done. They’ll fight for the next leg and we’ll have to give it our all. We’ll be ready.”

Looks like Sergio Oliveira and Mehdi Teremi who were both out due to suspension were really missed by Porto. If it’s any consolation for them, the pair should be able to suit next week.

The return leg is next Wednesday at the same venue, the Ramón Sánchez Pizjuán Stadium in Sevilla.