“You have to produce what you eat and eat what you produce,” Minister of Agriculture Abelardo Mai says as Ministry starts distribution of 18,000 vegetable seedlings 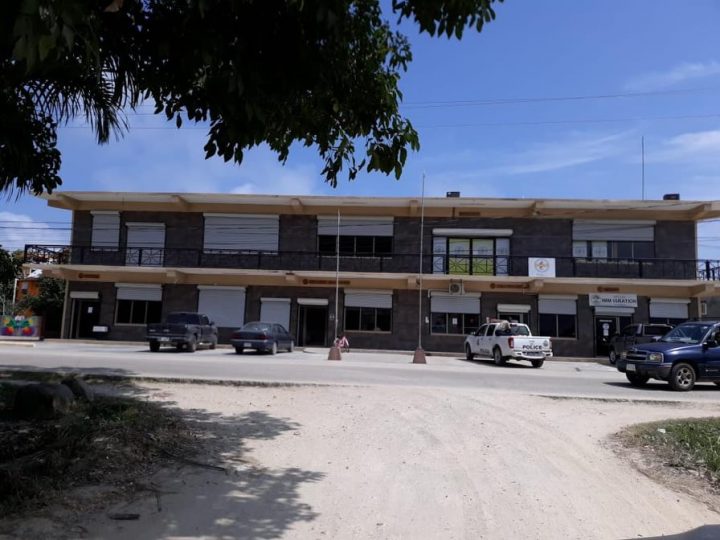 By Benjamin Flowers: The manager of an office building located on St. Vincent Drive in Dangriga Town has come forward to say that the health and safety concerns being raised about the building are inaccurate and politically motivated.

Elvis Zabaneh, who manages the building on behalf of Emilio Zabaneh Sr., alleged that the letter sent to the Ministry of the Public Service (MOPS) highlighting a number of issues with the building, was crafted by two public servants with a political agenda. Zabaneh said that the building was constructed roughly 11 years ago and the government set up offices for several departments immediately after completion, as such, there could not have been any serious electrical problems because all the wiring was new.

He noted that if the air conditioning technicians contracted by the Government of Belize (GOB) failed to install the AC units properly, it would cause problems, but those problems would not amount to a fault in the building itself. He went on to say that the allegations of a leaky roof and mold being detected in the building, which formed a part of a health inspector’s assessment of the building, were also inaccurate.

“There were little cracks (in the roof) but they were rectified and concerning the mold, it was because their AC wasn’t serviced to time,” Zabaneh said. “From the letter I saw, it looks reputable, so I won’t dispute that,” Zabaneh said. “Anybody could tell you to write something and it’s not like that. The facts were not accurate due to political interference.”

Zabaneh went on to say that only two of the five department heads who signed the letter sent to the MOPS, actually have knowledge of any issues that the building may have had.

He also said that, contrary to the concerns expressed in the letter, the building has adequate office space, storage space, bathroom facilities and is in an active part of the municipality. He stressed that GOB approached him early this year about moving back into the building to lower its rental expenditures and that he has since began some rennovations such as repainting the facility and having new automatic shutters installed.

On Tuesday we reported that representatives of the Belize Tax Service, Immigration Department, Labour Department, Lands Department, and Sub Treasury, had sent a letter to the MOPS, stressing that black mold in the building had caused several members of staff to become ill. The letter also outlined various concerns which prompted their plea that the offices not be relocated back to that building. The Public Service Union confirmed that the consideration was being made and that it will be following up to ensure the safety of the public officers involved.