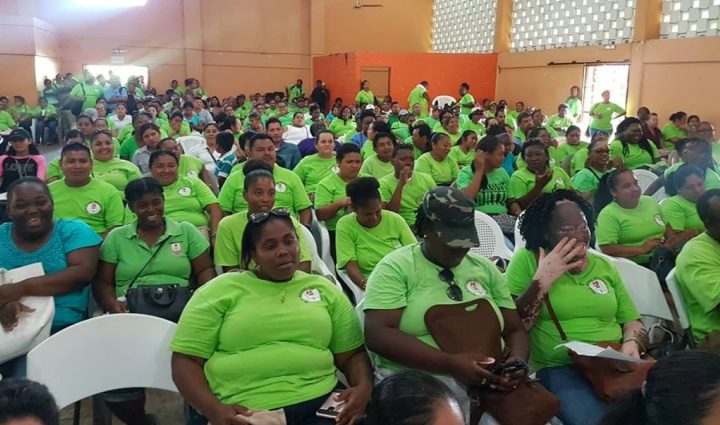 By Zoila Palma: Today, the Belize National Teacher’s Union (BNTU) issued a statement denouncing media attacks made against the unions by the Government.

“We take these attacks seriously, for actions such as these against one of the most important pillars of democracy is treacherous. We will not tolerate apologies made by the Government leaders for these acts that attempt to silence and divide our nation,” the union said.

In addition, the union says that it has consistently stood against injustice and has always acted against any Government.

“These negotiations were to be guided with good faith, but the good faith was conditional to the workers of this nation bowing down to everything presented by Government representatives,” the union added.

The BNTU says that its members will participate in a survey this weekend to give the union a mandate that will determine forthcoming actions.

“Leaders who attempt to break unionism and create divisiveness, reflect the self-interest that drives them rather than love of people,” the union expressed.