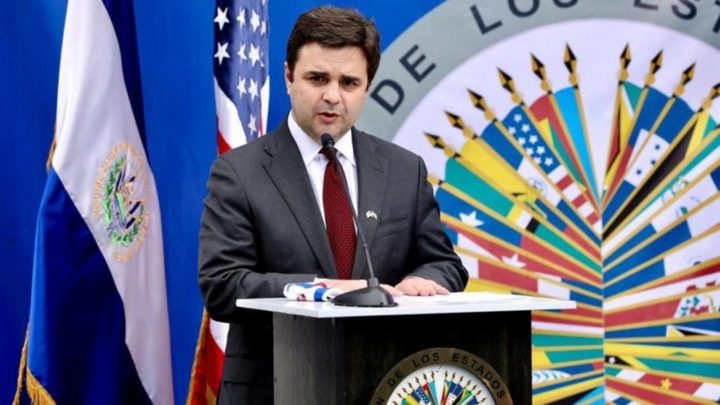 By Rubén Morales Iglesias: US Special Envoy Ricardo Zúñiga said democracy and the rule of law are fundamental for the economic situation in Guatemala and El Salvador to improve and slow down the illegal migration to the United States.

Zúñiga, who is going to be responsible for US relations with both countries and Honduras, visited the region to hold talks with the governments with the objective of cooperating with them hoping to stem the tide of illegal immigration to the United States.

In Guatemala, Zúñiga met with President Alejandro Giammattei and Minister of Foreign Affairs Pedro Brolo but in El Salvador he was unable to meet with president Nayib Bukele.

In Guatemala, Zúñiga said he met with more than half of the ministers of government and emphasized that democracy and the rule of law had to be strengthened. Zúñiga said that democracy attracts investments and generates jobs. He said that the health and educational needs of the Guatemalan, Salvadorean and Honduran citizens need to be met.

The US government has said that meeting the basic needs, the search for economic opportunities, the fight against delinquency, and the strengthening of democracy will help to curb the massive exodus of migrants to the United States.

Zúñiga said in Guatemala he met with officials in three round tables to deal with the structural causes that provoke the illegal migration.

He said he asked to meet with president Bukele but it was not possible, though he met with Foreign Minister Alexandra Hill, the Solicitor General, and the president of the Supreme Court. When the media asked him why he didn’t meet with Bukele, he said that they would have to ask the president but acknowledged that on trips like his, it’s not always possible to cover everything that is on the agenda.

In El Salvador, he did meet with the anti-corruption organization and with International Commission against Impunity in El Salvador (CICIES). The United States, Zúñiga said, will donate US$2million to CICIES to help them continue the fight against corruption.

He also expressed concern about the freedom of the press stating that journalists play a vital role in preserving democracy.