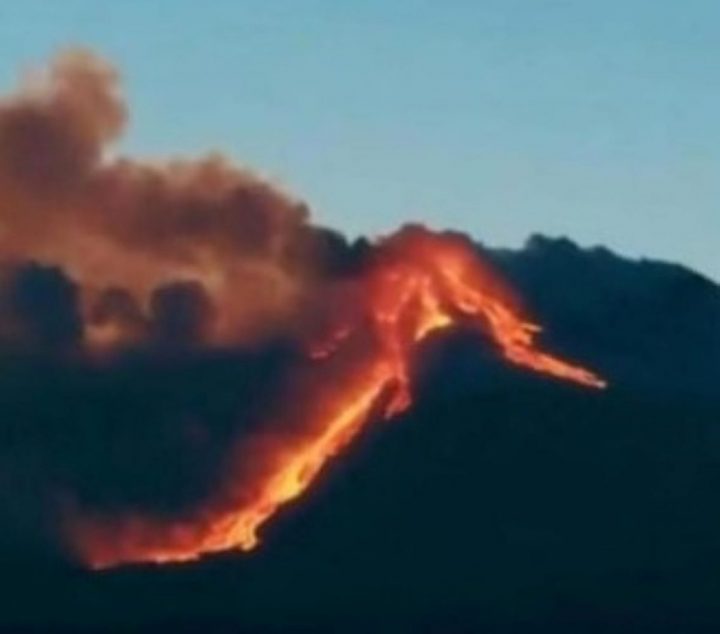 By Aaron Humes: Inhabitants of the Caribbean island of St Vincent have woken up to “extremely heavy ashfall and sulfur smells” after Friday’s eruption of the La Soufrière volcano.

Emergency management officials said the volcano’s emissions had advanced to the country’s capital of Kingstown.

Witnesses said the volcano was still rumbling and emitting dark clouds of ash thousands of meters into the air.

Thousands have been forced out of their homes, and on Thursday Prime Minister Ralph Gonsalves urged more than 16,000 residents in “red zones” to evacuate.

Ash fall has been recorded as far from the volcano as the Argyle International Airport some 20 km (12 miles) away, St Vincent’s National Emergency Management Organisation (Nemo SVG) said.

“Be careful all. We are covered in ash and strong sulfur scents pervade the air. For those with respiratory problems we ask that you take the necessary precautions to remain safe and healthy,” it said on its Facebook page.

The volcano had been dormant since 1979, but in late 2020 it started spewing steam and smoke and making rumbling noises.

The first sign that an eruption was imminent came on Thursday evening when a lava dome became visible on La Soufrière.

Just before 09:00 on Friday (13:00 GMT), seismologists from the University of the West Indies confirmed that an “explosive eruption” was underway.

Evacuees were taken to cruise ships and safer parts of the island.

Later on Friday, another explosion was recorded, the UWI Seismic Research Centre said.

Some evacuation procedures were hindered by the heavy ashfall, which had made visibility “extremely poor”, Nemo said.

Most of the Lesser Antilles islands are part of a long volcanic arc in the Eastern Caribbean.

Local media have also reported increased activity from Mount Pelee on the island of Martinique, north of St Vincent.