Ministry of Health and Wellness invites those in Phase 3A and B to get vaccinated! 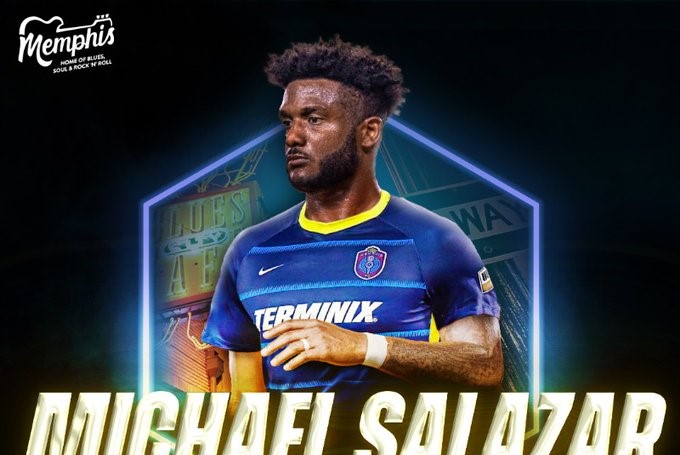 The Memphis club today announced that Belizean striker “Michael Salazar is the latest face to join up with Memphis at AutoZone Park, forming the third prong of a promising attacking trident that also features new signings Kyle Murphy and Roland Lamah.” Murphy is American while Lamah is Belgian.

“We’re thrilled to have Michael join us for the 2021 season,” said 901 FC sporting director Tim Howard. “He is a highly talented and experienced international striker and another quality addition to our dynamic attacking group.”

Salazar, who is from San Ignacio, played in the United States at the university level and at the MLS before making the move to the Memphis side which plays its games at the 10,000-seater AutoZone Park stadium in Memphis, Tennessee.

Salazar had relative success with Cal Baptist and UC Riverside at the collegiate level before moving upward to the MLS when he was drafted by the Montreal Impact in 2016. While with Montreal, Salazar played 36 games for the MLS team and also played for its USL affiliates. In 2019, he joined the Houston Dynamo but only played 11 games for the MLS side.

So far, Salazar has made 14 appearances for the Belize Men’s National Team having played in the 2013 Gold Cup, the Central American Copa de Naciones, and the CONCACAF Nations League.

He could have added two caps to the 14 national team appearances had he joined the Belize Men’s National Team on its World Cup qualifying matches in the Caribbean, but he did not travel because of his MLS commitments said the FFB.