Belize launches appeal for cash donations to assist St. Vincent and the Grenadines 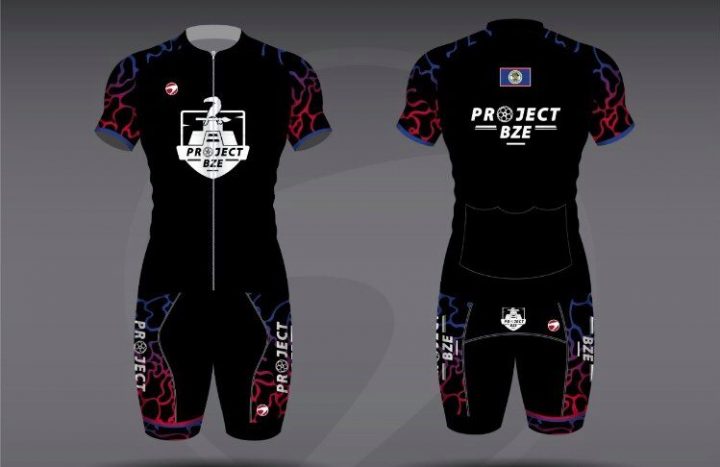 By Rubén Morales Iglesias: Cycling like other sports has been on lockdown in Belize. It’s been a whole year of inactivity. A number of cyclists, however, have been training and recently traveled out of the country to get some international participation.

Such is the case of Henri Li and the Castro brothers, Wasani and Jafari. Now they have been joined by Jyven Gonzalez and have formed Project Belize which has the intention of competing in the United States

Recently, Li and the Castros raced in Mexico and Panama.

Hao Cheng Lee, who serves as coordinator out of Canada, said that they have now designed the team’s cycling kit and have come up with a name: Project Belize.

Lee said the team has the goal of competing in the United States and to that end they are raising funds by selling samples of their cycling kit and fan shirts.

Lee said that anyone wanting to support Project Belize can buy a fan shirt for $30 through @bonfire or in Belize through the members of the team. The Project Belize cycling kits are going for BZ$200.

Lee said the team’s origin is one of fate and destiny.

“They met virtually during the pandemic; it was a tough time for cyclists in Belize and still is. There are no local races and there are restrictions which challenged their need to train,” Lee said. “These cyclists were not demotivated, they decided to work together to race in Mexico. This was the start of something extraordinary! They had great results in Mexico and engaged in a conversation about racing in other countries together. This was when the idea originated; if they will race together, then why not race under the same jersey? The team was born. We also got a few ideas from some USA crit riders when it comes to the name and logo.”

“This is a representation of our colorful country, often called “paradise.” Lee said. “The toucan’s many colors also encompass our cultural colors, bright yellows, reds, shades of green, and blues, all on one beautiful bird. Our logo also includes a Mayan ruin; it’s another way to pay homage to Belizean culture. These majestic pieces of history are located in every district, and if you come to Belize, you must visit one!”

Lee goes on to say the team itself is representative of Belize’s diverse cultural backgrounds. “Team members are Mestizo, Asian, and Creole. The common term “melting pot of cultures” is very fitting for this team.” Lee said. “The team is determined to give Belize some recognition while racing internationally simultaneously attracting foreign riders to compete in Belize. We can think of them as Belize’s personal cycling ambassadors!”