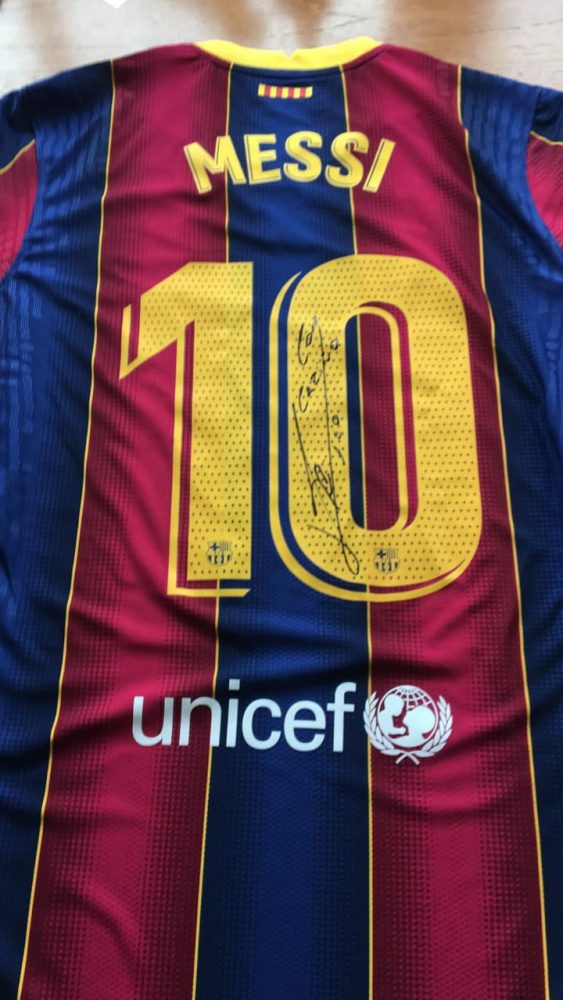 Gonzalo Belloso, Deputy Secretary General of Football and Director of Development of CONMEBOL, made the announcement on Twitter.

“Sinovac’s managers expressed admiration for Lionel Messi, who willingly sent three jerseys for them,” Belloso tweeted on Tuesday. “So, he is part of this achievement as well.”

Belloso’s Messi tweet follows the announcement made yesterday by CONMEBOL that it had reached an agreement with the Chinese pharmaceutical company Sinovac Biotech for the donation of 50,000 doses of their vaccine.

CONMEBOL president Alejandro Domínguez said the agreement had been reached through the assistance of Uruguay president Luis Lacalle Pou. Domínguez said the vaccines would be used for the Copa America and other men’s and women’s South American competitions organized by CONMEBOL.

“It’s the best news that can be received by the South American football family to whom we owe our best efforts,” Dominguez said in CONMEBOL’s release on the Sinovac donation posted on Twitter. “It’s a huge step forward to beat the COVID-19 pandemic, but it doesn’t mean in any way that we’re going to let our guard down.”

“I’m thankful for this great gesture of solidarity and support by the Sinovac company which understands that football is an activity that is fundamental to the economy, the culture, and the physical and mental wellbeing of South Americans,” Rodríguez added.

The Copa America which was suspended last year due to the COVID-19 pandemic will be held jointly by Colombia and Argentina from June 11 to July 10 this year.

Incidentally, Messi had accused CONMEBOL of corruption at the 2019 Copa America when Argentina was eliminated because of what he considered were referee mistakes.