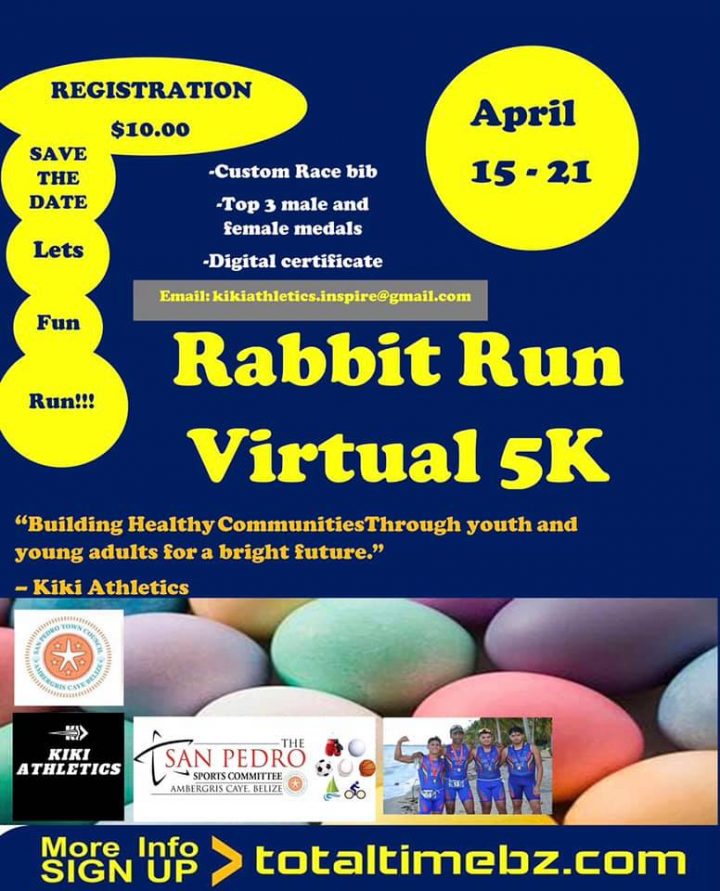 The event is organized by Kiki Athletics of San Pedro.

Kian Trejo of Kiki Athletics says only 15 persons have signed up for the event, so, there is certainly space for more.

Trejo says the Rabbit Run is being held to create awareness about health and wellness, and to raise funds to help the four athletes who will represent Belize at two international events.

“In June, there is the Hombre Maya triathlon in Peten, Guatemala, in which we’ll be competing,” Trejo said. “Then, there is the Olympics qualifier in Acapulco, Mexico, but that one is still pending. The World Triathlon is holding these events for qualification for the Olympics.”

Trejo said that he is being joined by Kent “Bob” Gabourel and the Santos brothers, Brandon and Jordan, for the triathlon in Guatemala. Joshua Fuentes is also participating in the junior division.

For the Olympics qualifier in Mexico, the four senior athletes would travel, but Gabourel would go there as the coach.

In the meantime, Trejo said they are hoping that more runners sign up for the Rabbit Run, named so because it comes right after Easter.

The race is open to runners in Belize and abroad.

Runners wanting to sign up for the Rabbit Run can do so at TotalTime – Chip Timing Service (totaltimebz.com).