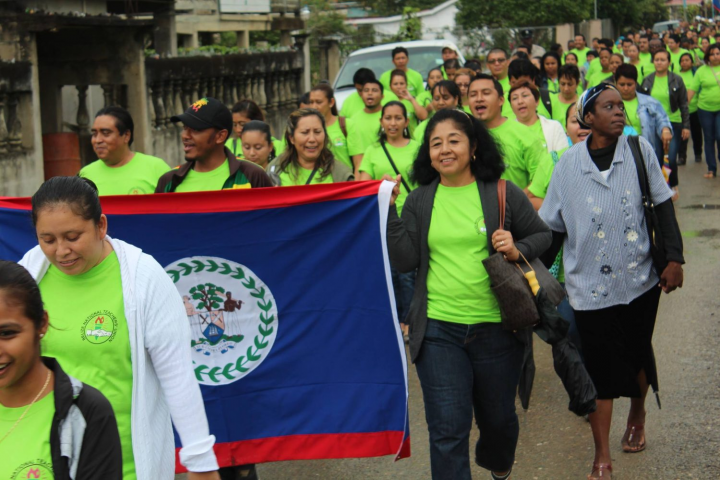 By Benjamin Flowers: The Belize National Teacher’s Union (BNTU) has charted a course for a series of industrial action activities following the Government of Belize’s decision to proceed with salary cuts to teachers and public officers.

BNTU National President Elena Smith said that the union polled its members and over 2,000 teachers voted “no” to accepting any salary cut. The teachers also affirmed their commitment to industrial action as GOB refuses to reverse its position on making the cuts. The union is considering picketing and a number of other activities, including strike action if necessary.

The joint union negotiating team reportedly has another scheduled meeting with the government tomorrow, however, as the Public Service Union has already served notice of industrial action to GOB, it remains to be seen if anything can be done during that meeting to dissuade them from taking industrial action to preserve their salaries.