Commission of Inquiry Chairman: ‘Someone needs to explain why this morning’s broadcast was cut’ 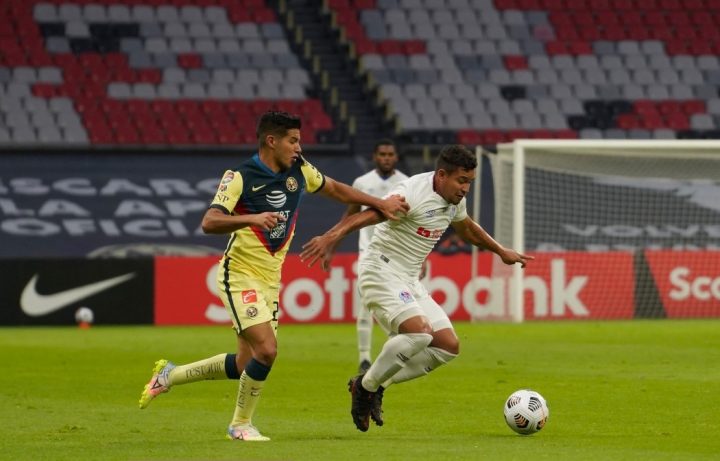 By Rubén Morales Iglesias: Honduran club Olimpia played one of their best games last night beating America 1-0 at the Azteca Stadium in Mexico City on a Jerry Bengston goal in the 50th minute but got eliminated from CONCACAF Champions League on away goals.

The aggregate score was 2-2 after América’s 2-1 win in the Round of 16 last week in Tegucigalpa.

The Philadelphia Unión routed Saprissa of Costa Rica 4-0 last night at the PPL Park in Philadelphia. Last week,  the US club had won 1-0 in San José.

Toronto FC squeaked over Mexico’s León 3-2 on aggregate with last night’s 2-1 home win coupled with the previous 1-1 draw in León.

On Tuesday, Mexican club Cruz Azul also qualified to the quarterfinals after routing Haitian team Arcahaie 8-0 at the Azteca after both had played to a 0-0 stalemate last week in Port-au-Prince.

The Portland Timbers faltered at the Estadio Metroplitano in San Pedro Sula last week playing to a 2-2 draw with Marathon but ran over them 5-0 Tuesday night at Portland’s Providence Park.

By tonight all eight teams for the quarterfinals will be known.

The Columbus Crew blasted Real Estelí 4-0 at the Nicaragua National Football Stadium in Managua last Thursday. The Crew should be able to coast to the quarterfinals tonight at 6 p.m. at the Columbus Crew Stadium.

The final Round of 16 match between favourites Monterrey and the Dominican Republic’s Atlético Pantoja is on at 8 p.m. at the BBVA Bancomer Stadium in Monterrey. Los Rayados won 3-0 away at the Félix Sánchez Stadium in Santo Domingo.