Centaur Communications says all its taxes are paid!

Cruise is back: Norwegian Line returns in August 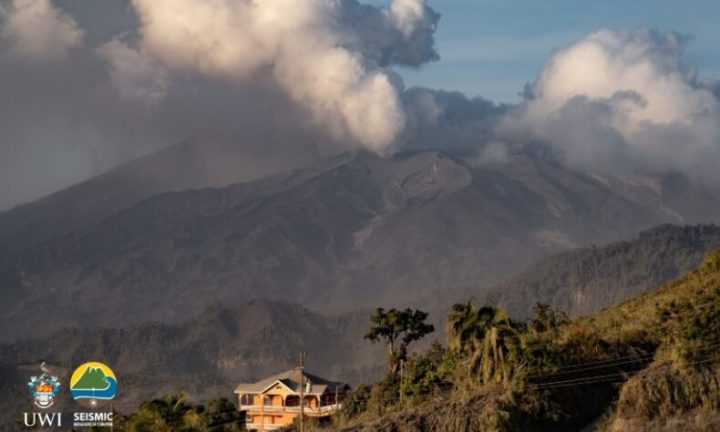 By Aaron Humes: The Caribbean Community’s conference of heads of government met virtually on Thursday to discuss and offer support for the emergency in Saint Vincent and the Grenadines, which has been dealing with volcanic eruptions of La Soufriere in the north, a week ago today.

Vincentian Prime Minister and recent CARICOM chairman Dr. Ralph Gonsalves told his colleagues that more than 10 thousand people had been evacuated from the immediate disaster area, covering the northern third of the island. The situation will be prolonged, he said, given the level of uncertainty in respect of the behavior of the volcano.

Evacuees are being housed in shelters and at homes of family and friends. Accommodation for evacuees is also being arranged by neighboring states, according to an official statement. The ash and the pyroclastic flows have decimated crops and vegetation and compromised water sources. Food and water were identified as among the primary needs.

The response is being coordinated by the regional Caribbean Disaster Emergency Management Agency (CDEMA), and member states have drummed up financial, technical, and material support, in particular food and water. Security assistance is also being provided. Prime Minister Gonsalves issued thanks on behalf of his people and Government for the regional response.

Saint Vincent is not alone; Prime Minister of nearby Barbados, Mia Mottley, noted that her island has been hit by heavy ashfall, leading to the closure of the Grantley Adams International Airport with an adverse effect on the tourism sector and the wider economy.

Prime Minister Gonsalves further praised the work of the University of the West Indies Seismic Research Centre (SRC) which has been monitoring the volcano and expressed his deep appreciation for the efforts of CDEMA, the Regional Security System (RSS), the Caribbean Public Health Agency (CARPHA) and the CARICOM Implementation Agency for Crime and Security (IMPACS) in assisting the country.

CARICOM is currently chaired by Trinidad and Tobago’s Keith Rowley. Its next regularly scheduled meeting is in June.