No tremors over the last 12 hours at St Vincent volcano 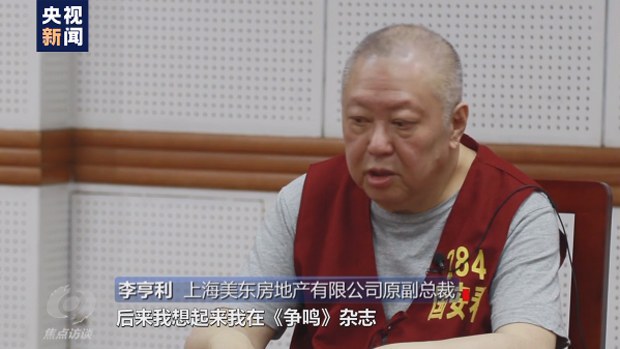 By Aaron Humes: About a year after being found guilty of “financing criminal activities that harm national security” – that of the People’s Republic of China – Belizean Henley Hu Xiang Lee has been made to confess openly and publicly on state television, Radio Free Asia reports.

Lee, jailed for 11 years, was first detained in November 2019 in connection with his support for the Hong Kong protest movement and was then tried and convicted last April. His confession aired on the state-run China Central Television (CCTV), along with others.

The group Safeguard Defenders claimed the confession was forced. He appeared in prison uniform, shaven-headed and looking down as he spoke. “All this happened at the height of China’s attempts to paint unrest in Hong Kong as being caused by foreign, especially UK- and US, incitement,” Safeguard Defenders said in a statement on its website. Lee’s case also highlights the fact that China is now pursuing “suspects” anywhere in the world that it deems to have harmed its national security, the group said.

Last month the Chinese made it criminal for any citizen of any nation to be “offering support” to someone deemed a threat to China’s national security; Lee was accused of offering financial support to persons considered “anti-China” in the United States.

But noted leaders of the Hong Kongese opposition have said they have never heard of Lee or received support from him. One dismissed it as a “Chinese fantasy” and that Hong Kongers could advocate for themselves.

But the Chinese, a commentator suggested, deliberately intend to paint the Hong Kong protests as instigated by foreign powers, rather than as the result of broad, popular support for the city’s promised freedoms of speech, association, and political participation. He said it was possible that suspects under the Hong Kong national security law could show up on CCTV making similar recordings in the future.