Belize at 158 in FIFA Women’s World Ranking, the United States is still number 1

Nurse’s vehicle shot at near her home in Camalote 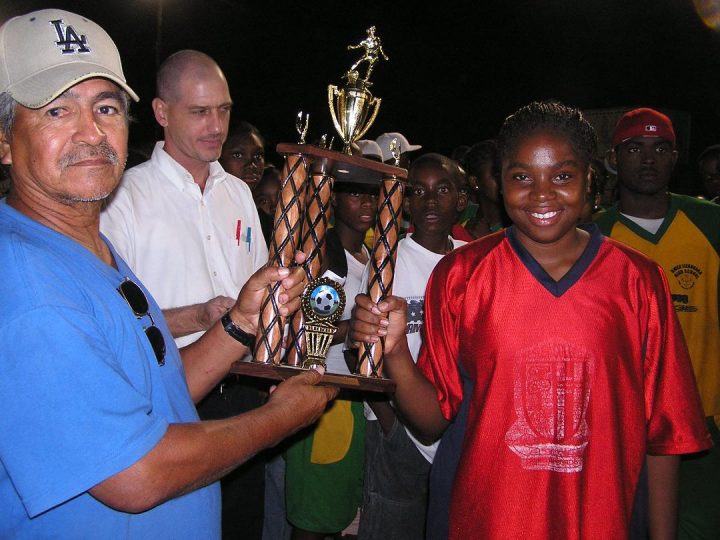 By Rubén Morales Iglesias: Football referee, BDF officer, and member of the Mechanics Lodge, Francis Henkis, was laid to rest this morning in Ladyville. The funeral services were held at the Ladyville cemetery as well.

Albert Robinson, who was a football referee along with Henkis, said they “officiated North to South and East to West throughout Belize.”

“Francis joined the referees association here in Belize City around 77 or 78 and he worked himself up from a Class Four referee to a Class One and then he worked himself up to become an official registered referee for the Belize National Football Association,” said Oscar Ramos, who was president of the College of Referees and the Referees Commission in the 80’s and 90’s under the Belize National Football Association.

Ramos said he is the only one of the first four Belizean FIFA referees recognized in 1987 who is still alive. Oliver Estell and Rudy Arana died a number of years ago while Rolando Ariel Caballero died recently.

After retiring as an active referee within the Premier League of Belize, Henkis served as Match Commissioner under the Football Federation of Belize for PLB matches and also served in the same capacity for Conscious Youth Development Programme (CYDP) tournaments.

Ramos and Robinson attended the funeral services on Saturday morning along with Delhart Courtney, past president of the Belize National Football Association, precursor of the Football Federation of Belize. Other referees were also present.

Henkis was also an officer in the Belize Defense Force and the Mechanics Lodge on Regent St. West in Belize City. Both organizations were represented this morning at the funeral services in Ladyville.