Plant a mahogany tree in your backyard for Earth Day!

No tremors over the last 12 hours at St Vincent volcano 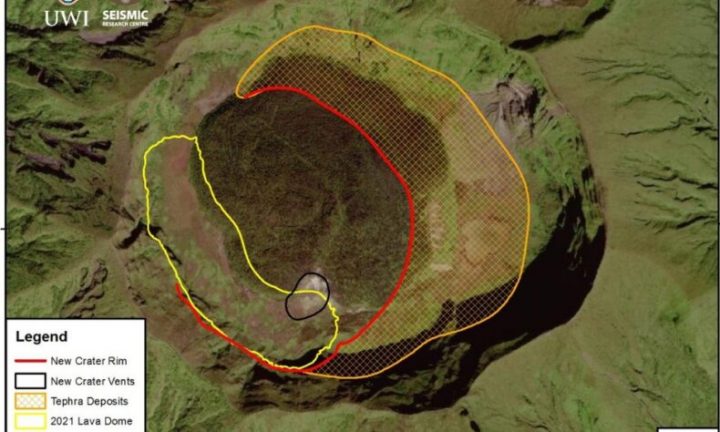 By Rubén Morales Iglesias: The UWI Seismic Resource Center (SRC) said in its 6am reports that no tremors had been felt in the previous 12 hours at La Soufrière volcano in St. Vincent but did say that the swarm of long-period and hybrid earthquakes continued according to a report by St. Vincent’s News784.

The UWI SRC said that using satellite images they now have a revised picture of the summit crater which shows several vents, but only one can be identified clearly.  The SRC said the ash and steam plumes show that other vents are located in the northern part of the new crater.

The report said the volcano continues to erupt but though explosive activity seems to have stopped, it’s still on red alert.

The UWI SRC said the present seismic activity indicates the growth of a lava dome but added that they had not yet been able to confirm it.

The SRC also said that explosions accompanied by ashfall, of similar or larger magnitude, could restart in the future impacting St. Vincent and neighboring islands.