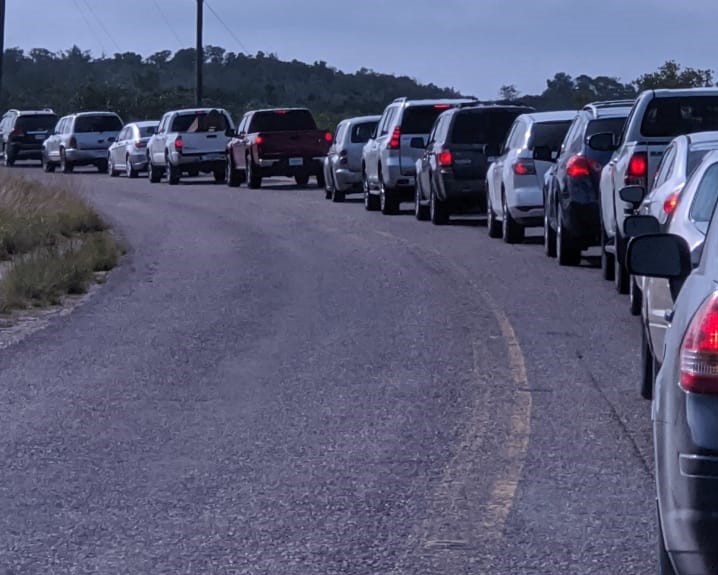 By Benjamin Flowers: On Sunday, the Public Service Union of Belize (PSU) unveiled its planned events for industrial action against the Government of Belize, after the government maintained its stance on implementing a salary cut for teachers and public officers.

The PSU said that industrial action became necessary after the Minister of Public Service wrote a letter to the Joint Union Negotiating Team (JUNT) saying that he is considering invoking Section 106 (3) of the Constitution of Belize. This section of the Constitution says the Governor General may make regulations regarding the fixing of salaries and privileges, after consultation with the Ministers and other relevant parties within the public service.

“Furthermore, following our notice to the Minister of Labour of the existence of a trade dispute between the Government and the Union, the Minister of Labour has responded advising that he does not intend to refer the trade dispute to the Tribunal as contemplated under section 11 of Settlement of Disputes in Essential Services Act, Cap 298, since the legal framework for such referral and the final resolution of the disputes thereunder, in so far as they apply to public officers, are inconsistent with section 106(3) of the Constitution,” the PSU said.

The Union said that the government also said that the joint unions’ requests for good governance legislative and policy reforms will be delayed due to a shortage of legal drafters, an excuse that the unions say is “unacceptable,” prompting the industrial actions set out in its action plan.

The first phase of the industrial action is a call by the PSU for their members to park and block traffic in the municipalities and the major highways on Monday morning by having engine and mechanical problems with their vehicles.