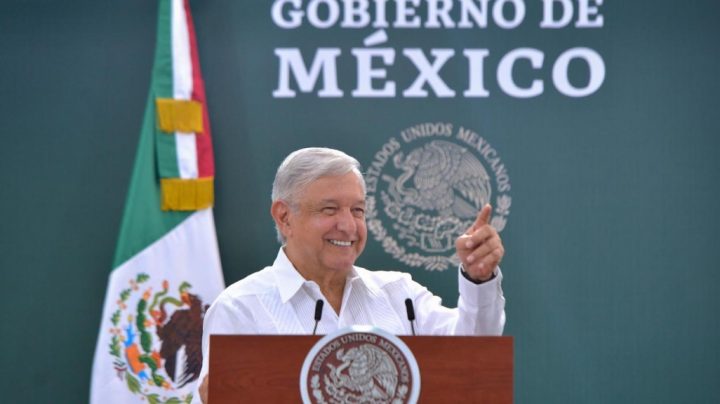 López Obrador said on Sunday that the Sembrando Vida programme could create thousands of jobs across southern Mexico and the Central America.

“So people aren’t forced to migrate, and it helps the environment,” López Obrador said.

López Obrador said that when he meets with Biden on Thursday at the Environment and Climate Change Summit he will propose an agreement that will organize the migratory flow by facilitating work visas for Central American workers through Mexico’s Sembrando Vida programme. The work visas would eventually lead to US citizenship according to López Obrador.

López Orador recalled the Free Trade Treaty of 1994 and said that now the United Staates, Mexico, Canada, and the Central American countries can reach a migratory agreement.

“If we in America unite, we are going to be better than Asia and I believe we can reach a good agreement, complementing each other with technology, investments, work forces and, overall, working as democratic governments and respecting our sovereignties,” he said.

López Obrador said that an agreement can be reached whereby the governments help farmers with planting trees during three years and that when they harvest their crops, the workers get an automatic six-month visa to work in the United States. After three more years of having the work visa, they can then apply for US citizenship he said.

“It’s a matter of organizing the migrant flow, not trying to stop it and using coercion measures,” López Obrador said.

He said, “If we plant millions of trees, we are going to provide jobs as well. In Mexico’s case, we are planting a million hectares and we are generating 400,000 jobs. There are more that 400,000 planters who are planting fruit and timber trees in their parcels of land,” he said.

López Obrador said that migrants are good people who instead of opting for illegal activities or antisocial conduct “decide to walk, risking it all, looking for something that will mitigate their hunger and poverty, and they deserve respect. It’s jut a matter of organizing it.”

The Mexican president said that the Sembrando Vida programme also helps people so they don’t have to migrate.