Police Association: “Commissioner and Minister are listening to our concerns” 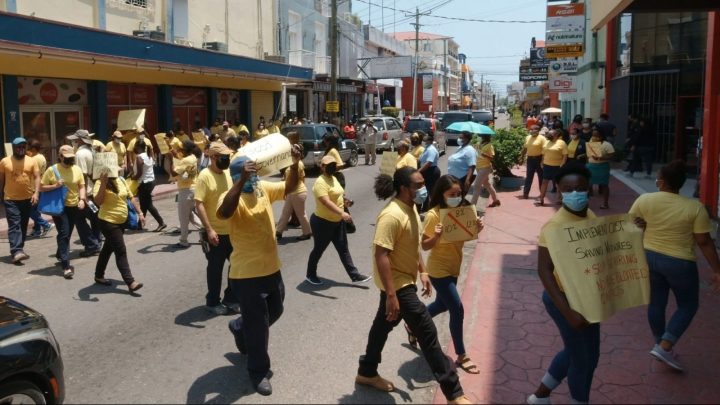 By Benjamin Flowers: The Public Service Union is alleging that the Government of Belize has begun victimizing public officers who are openly voicing their opposition to having a 10 percent salary cut and three-year increment freeze.

“Some are not being allowed to wear their yellow shirts at work, transfers being used as punitive measures, and other victimizations,” explained Gayle Garcia, PSU Belize City Branch Chair.

Garcia said that despite the government’s hardline stance and apparent retaliation against some public officers, the PSU remains committed to take whatever actions are necessary to ensure that their salaries are not cut.

PSU First Vice President Dean Flowers said that the union has served the government with 21 days notice of industrial action and will go the full way if the government does not reverse its position within the time limit.

“We’re already engaged in industrial action and at the end of the 21 days we will proceed to strike, and nationally,” Flowers said.