Minister of the Blue Economy participates in regional economic webinar 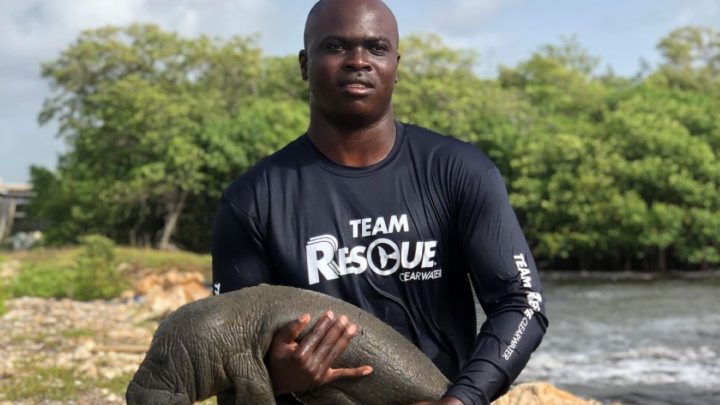 By Benjamin Flowers: Belize currently has no current estimate on the number of Antillean Manatee (Trichechus manatus manatus) that remain, making incidents like the recent death of a pregnant female manatee even more concerning, according to renowned manatee researcher Jamal Galves.

Galves, who is also the program coordinator with Clear Water Marine Aquarium Research Institute, told our newsroom today that manatees are critically endangered; however, the last population count was done around 2012, when the estimate was in the area of 1,000 manatees left. He noted that a population estimate, a more comprehensive study that looks not only at the number of manatees but also threats they face and other variables, was planned for 2020 but it was deferred due to the COVID-19 pandemic.

“Each death is more concerning because we are measuring against the unknown,” Galves said.

He also said that the low rate of reproduction for manatees also makes every death hurt the species chance of survival.

“Females become sexually mature at three to five years (old) but for the males it takes about 10 years,” Galves added. “They stay pregnant for one year and the baby stays with the mother for two to three years, and they don’t have another one for another two to three years.”

The Fisheries Department reported that on the evening of Monday, April 19, the dead manatee washed up on the shore near Hopkins. During a necropsy, the adult female was found to have a fully developed fetus. The cause of death was determined to be blunt force trauma consistent with being hit by a speeding boat. Authorities are pleading with boaters to be cautious in no-wake zones and other areas where manatees are known to pass through.