Rodwell Ferguson: Transportation “to be transformed” 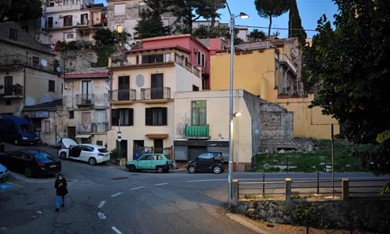 By Rubén Morales Iglesias: We’ve heard stories of a number of ministers’ wives, sweethearts, and sidekicks, or the sidekicks’ children who get paid by the government while not showing up to work, and we’re not justifying them by any means, but they are not as bad as the Italian “king of absentees” who skipped work for all of 15 years.

England’s Guardian daily said Italian police reported that a hospital employee, who they did not name, collected BZ$1,294,000 since 2005.

The Italian police said the man, who is now 67, collected his monthly salary at the Pugliese Ciaccio hospital in Catanzaro in Calabria without showing up for work.

Police said the man broke the Italian record of absenteeism which they say is commonplace in Italy.

He is now accused of abuse of office, forgery, and aggravated extortion. Six hospital managers who worked at the Pugliese Ciaccio hospital since 2005 are being investigated as well because they are believed to have ether assisted the man or played a blind eye to his absenteeism.

Police said that the man reportedly threatened the hospital director in 2005 to stop her from filing a disciplinary report against him. Once the director retired, he continued being absent until he was found out by police who were conducting an absenteeism investigation codenamed “Part Time.”

The police said they collected evidence from attendance and salary records as well as from witness statements taken from workers at the hospital.

The Italian government reportedly tightened a law in 2016 against work absenteeism which is said to be rampant in the European country.

But the Italian man is not the king of absenteeism in the world. AsiaOne reports that a public officer in India was fired in 2015 after intentionally going “on leave” for 24 years. In 1990, AK Verma, an electrical engineer, reportedly went on leave and never returned. Though he was found out in 1992, legal proceedings did not begin until 2007, and Verma was not fired until 2015.

AsiaOne also says that in Spain, Joaquín García, a 69-year-old engineer was found out to have collected BZ$82,000 after taking a six-year “siesta” in Cadiz. He was only found out after his employers at the City’s water board started preparing his long-service award. García claimed that he stopped going to work because he was being bullied and because he had no work to do.