Vital Statistics Unit up and running after technical issues resolved 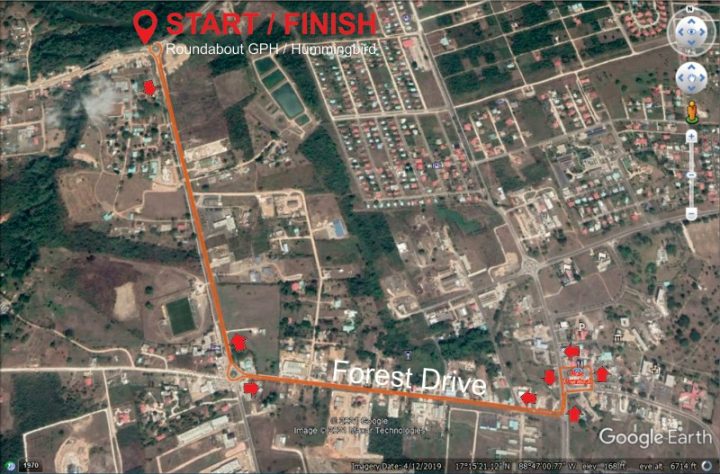 By Rubén Morales Iglesias: Ricardo Salazar of Totaltimebz.com is organizing the first-in-person race in Belmopan on Saturday, May 1.

“Let’s celebrate the return of our beloved sports and Total Time’s first anniversary of its first virtual event with a 5K on May 1st!” Salazar said.

So far, he’s put out the message to runners on his Facebook page Belize Running Events and if he gets enough interest from the runners the race is on.

“If I get 30 that would be good,” Salazar said. “So far only 7 persons have indicated.”

Salazar said that the May 1-5K race in Belmopan will coincide with the Lion’s Half Marathon Country Tour organized by Ian “Lion” Gordon. Gordon will race in the 5K as part of his Half Marathon that day.

Salazar said runners will do a time trial race going out at intervals.

“The runners will leave at 15 seconds intervals because of the COVID-19 protocol to avoid mass gatherings,” Salazar said.

“Mass starts will be contrary to the protocols so we will have a physical distance start grid minimum of 6ft spaced apart. And leaving at intervals will also allow less crowding on the route and less overtaking of runners and bunching up at the start.”

Totaltimebz.com has all the equipment needed to time races.

“For the timing, we’ll use the nettime/chip-time/personal time,” Salazar said. “This means that the runner’s time will be measured when the timing chip is read by the sensor when leaving the starting line, and registers again after the runner crosses the finish line. What this does is it measures the time, line-to-line. Because runners are leaving the starting line with interval departure, everyone will move off at different times. Oppositely, when we have mass starts everyone gets the same start time regardless of where they are in the starting position or when they leave the official starting line marker.”

The race will start and finish at Guanacaste Park at 6 a.m.

“The route will be from there, left on Forest Drive, left towards the bus terminal, run around the terminal, head out back to Forest Drive, then right turn to Hummingbird Highway and finish at the Guanacaste roundabout,” Salazar said.

Salazar said the registration fee will $8.00 if there is enough interest in it and that medals will be given to the Top 3 in the Men’s and Women’s Categories.

The race is on as long as Salazar gets at least 30 runners interested. Runners may express their interest in the race by answering Salazar on Facebook at Belize Running Events.