450 heads of cattle vaccinated, quarantined in Shipyard for exportation to Mexico

Third fishkill reported at the New River in three months 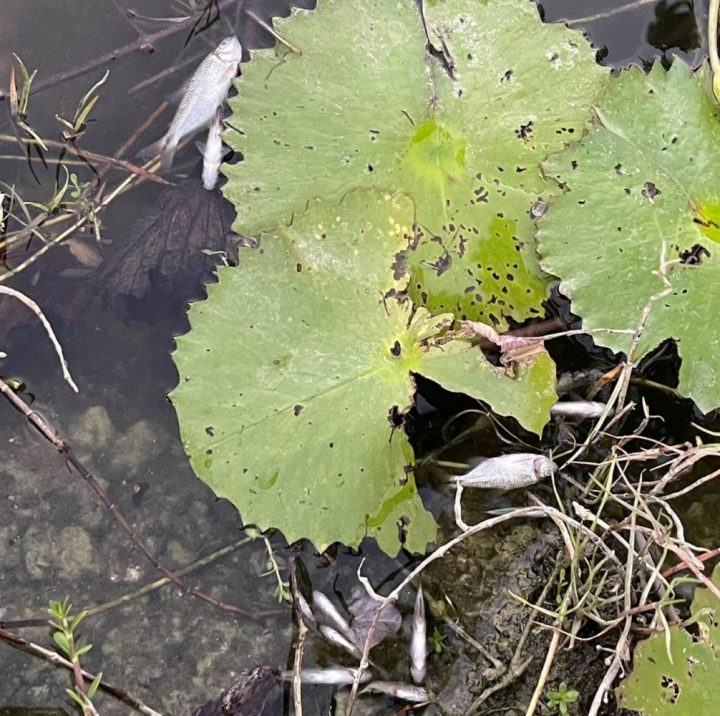 By Benjamin Flowers: Residents in Orange Walk are again reeling from a putrid stench coming from the New River, as dead fish keep popping up due to a fish kill, the third such incident reported in the last three months.

Breaking Belize News confirmed with business owners that the area near the river is reeking and there is a white film on the surface of the water.

Our newsroom contacted the Department of the Environment earlier however, they said they have no knowledge of the current fish kill. The department also could not give any update on the water analysis reports referencing the last two fish kills in the area. We were informed that the department head and deputy department head may have the information, but neither of them was in office today.

Residents in the area are warned that, as the cause of death of these fish is currently unknown, authorities are advising that the fish are deemed unsafe for human consumption.

The first fish kill for this year was reported in February, with another reported at the end of March. The DOE issued a release this evening, regarding restorative efforts underway at the new river. This release did not address the fish kill.

We will keep monitoring developments to this story.