No leads in the murder investigation of Kevaughn Wade 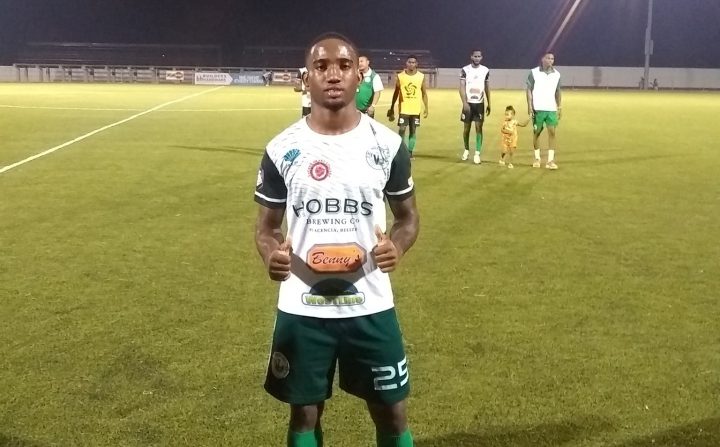 By Rubén Morales Iglesias: Verdes say Krisean Lopez is still a Verdes player and is returning from the United States on May 15, according to Verdes manager Lorin Frazer.

Frazer said that Lopez, who plays as a forward for Verdes and is also a Belize Men’s National team player, left with Verdes’ blessings to train in the United States but that as far as Verdes is concerned he is still a Verdes player. This follows social media reports by Acción Deportiva that Lopez has signed with the New Jersey EFA Metro, a USL team.

“Krisean got my permission to go the United States when he communicated his situation to me and I reminded him that he is contracted with Verdes on a multi-term contract until the end of the 2022 season, until June 2022.

“We saw it as a developmental opportunity for Krisean,” Frazer said. “He is scheduled to be back in country by mid-May.”

Frazer said that Verdes would support Krisean getting an international contract if the terms are agreeable.

“Currently Krisean is contracted by Verdes FC and has not signed anything with anyone that we have approved,” Frazer said.

Frazer added that once Lopez was in the United States, where he traveled reportedly along with Altitude’s Jesse August, he found out that he was with ex-national team coach Richard Orlowski who is a Polish-born American.

“Krisean spoke to me about going but he did speak to me about Mr. Orlowski,” Frazer said.

“The method that Mr. Orlowski has reached out to players directly, knowing full well that these players are contracted must be denounced because these players have their clubs and that’s the proper way for any type of negotiation to take place, [through] the clubs and not directly with the players.

“Even if contracts have been expired you need to find out if obligations have been fulfilled, if the players owe the club, if there is any remuneration that needs to be recovered if they have a loan.”

“That’s why I applaud the electronic system that FIFA uses because it prevents things like this,” Frazer added.

We called Krisean but couldn’t reach him, but he did repost the Acción Deportiva post.

Frazer said that when the two players reached the United States, Orlowski “was trying to find opportunities for them in other countries ‘cause the players were even offered options to go all the way to Poland.”

Frazer said that it happened before in 2017 when Denmark Casey Jr. was playing his first season with Verdes.

“Mr. Orlowski invited Denmark to go all the way to Poland as well,” Frazer said. “The conditions there were very poor and the player was stranded and who did the player have to run back to to get back home? The club.”