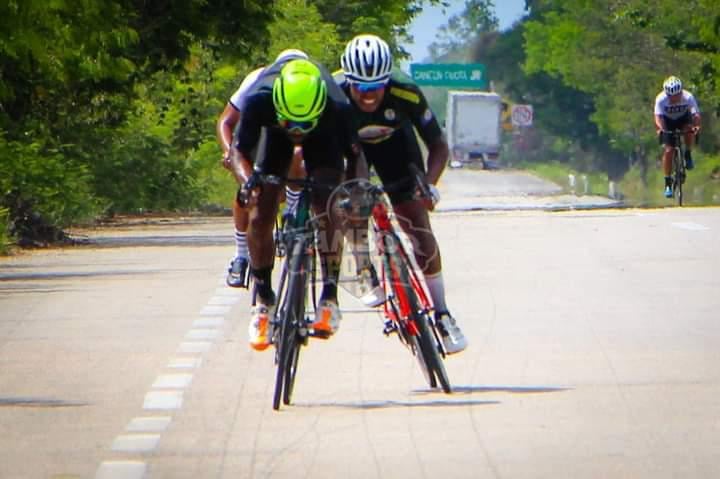 Byron Pope who is a two-time National Individual Time Trial champion and 2013 National Road Champion finished in the second position behind Arana in the race in the Quintana Roo City than is located between Chetumal and Cancun.

According to Fitzgerald Palas Joseph, who traveled to Felipe Carrillo Puerto along with Pope and Santino Castillo and won the Over-50 Masters, the race started within the city, went 29 miles out, and returned to finish at the starting point.

Belize normally races in the neighboring Mexican cities but according to Fitzgerald Palas Joseph, the great majority of Belizean riders have not been to a race in Mexico in over a year because of the pandemic. Palas said that considering that situation they were satisfied with their performance.

Arana is the exception. According to Palas, Arana lives in Mérida, Mexico. After having a fall out with the Cycling Federation of Belize following his suspension for proving positive to an anti-doping test after winning the 2019 National Road Championship, Arana continued racing in Mexico and that’s when he moved to Mérida.