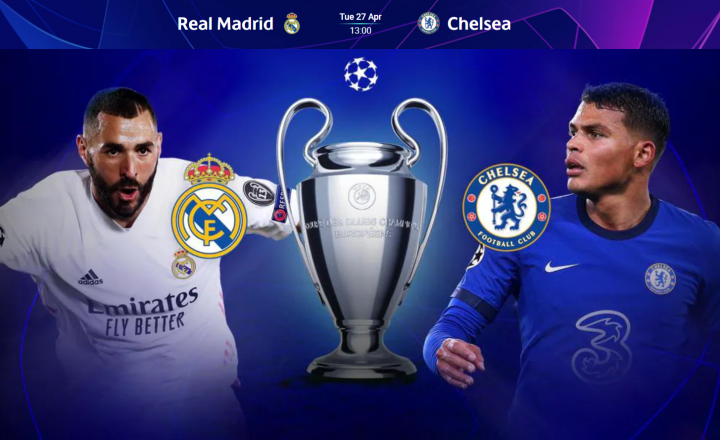 By Rubén Morales Iglesias: Chelsea are the underdogs today when they meet Real Madrid in the first leg of the semifinals of the UEFA Champions League in Madrid today at 1 p.m.

After last week’s European Super League debacle in which both teams were involved, both can say they got away unscathed after masterminding a breakaway of sorts against the European Union of Football Associations which did not have the desired effect.

Many of the international football experts are saying that Thomas Tuchel’s arrival as Chelsea coach has given the British club more dynamism and cohesion which makes them a competitor now against Real Madrid, something they consider would not been have the case under Frank Lampard.

Real Madrid, for their part, are the experts when it comes to the Champions League having won the tournament 13 times, more than any other team.

Madrid’s coach Zinedine Zidane is expected to field 3-5-2 formation anchored by Toni Kroos, Casemiro, and Luka Modric in the middle and Vinicius Junior with Karim Benzema up front.

Chelsea is depending on Oliver Giroud’s to score. He will if Ben Chilwell, Marcos Alsonso, and Reece James play up to task and can feed the ball to the forward.