Prime Minister Briceno appeals to teachers to return to the classroom 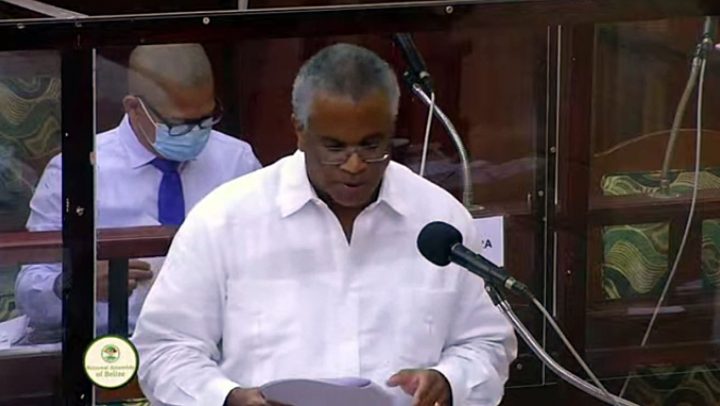 By Aaron Humes: Leader of Government Business Senator Eamon Courtenay opened debate on the General Revenue and Appropriations Bill 2021-2022, 2021 by referring to what the Government will not do – follow the prescriptions of the International Monetary Fund (IMF).

Put briefly, those are to cut the wage bill and raise and spread around general sales tax, as well as adopt fiscal responsibility laws, to avoid devaluation.

Belize has badly spent, according to Courtenay, $450 million from Petrocaribe funds and $600 million from oil revenues to begin with, yet left the country with high debt to GDP ratio, high unemployment, and other poor economic indicators – and the stain of being the only government being taken to task for misspending funds on budgetary allocations.

It would not be right, he continued, to tax Belizeans further knowing of the above.

And more clear thinking on the Brads Boledo contract, he said, could have turned Belize around. $90 million in land tax write-offs alone, he pointed out, could have funded the shortfall in this year’s Budget.

And the recent Nature Conservancy deal to acquire land in Orange Walk District was passed within the interregnum of the National Assembly last year by outgoing Minister of Natural Resources Hugo Patt, who waived stamp duty of BZ$7.25 million and land and speculation taxes of more than $400 million over 50 years on the US$72.5 million deal.

“Hell no,” Courtenay said when it was suggested that the administration was looking for sympathy; it will aggressively seek the repayment of outstanding taxes (while not including any new ones) and cut spending three times more than the wage cut and increment freeze, and the Government has published its five-year fiscal targets and planned for yet another restructuring of the Superbond.